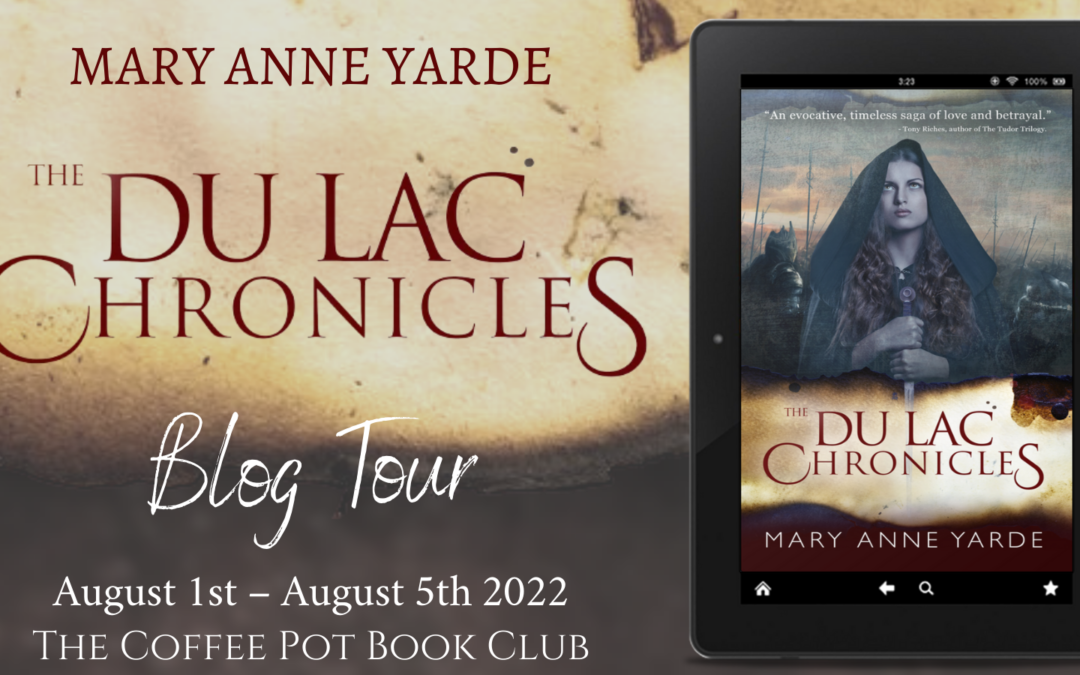 Spotlight on the Du Lac Chronicles – A must for fans of Arthurian Legend!

A generation after Arthur Pendragon ruled, Briton lies fragmented into warring kingdoms and principalities. Eighteen-year-old Alden du Lac ruled the tiny kingdom of Cerniw. Now he half-hangs from a wooden pole, his back lashed into a mass of bloody welts exposed to the cold of a cruel winter night. He’s to be executed come daybreak—should he survive that long. When Alden notices the shadowy figure approaching, he assumes death has come to end his pain. Instead, the daughter of his enemy, Cerdic of Wessex, frees and hides him, her motives unclear.

Annis has loved Alden since his ill-fated marriage to her Saxon cousin—a marriage that ended in blood and guilt—and she would give anything to protect him. Annis’s rescue of Alden traps them between a brutal Saxon king and Alden’s remaining allies. Meanwhile, unknown forces are carefully manipulating the ruins of Arthur’s legacy.
(Trigger warnings:Torture, Warfare) 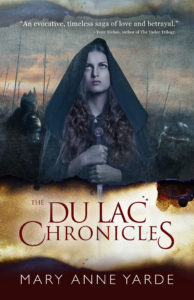 BUY THE BOOK
This novel is available on #KindleUnlimtied
Universal Link : https://books2read.com/u/b5lYy7

About Mary Anne Yarde
Mary Anne Yarde is a multi-award winning and bestselling author of Historical Fiction, as well as an award-winning blogger. She studied History at Cardiff University and went on to study Equine Science at Warwickshire College. Mary Anne is a passionate advocate for quality Historical Fiction and founded The Coffee Pot Book Club in 2015 and became a professional Editorial Reviewer in 2016. Mary Anne’s award-winning series, The Du Lac Chronicles, is set a generation after the fall of King Arthur. The Du Lac Chronicles takes you on a journey through Dark Age Britain and Brittany, where you will meet new friends and terrifying foes. Based on legends and historical fact, The Du Lac Chronicles is a series not to be missed

Born in Bath, England, Mary Anne grew up in the southwest of England, surrounded and influenced by centuries of history and mythology. Glastonbury—the fabled Isle of Avalon—was a mere fifteen-minute drive from her home, and tales of King Arthur and his knights were part of her childhood.

You might enjoy this interview I did with Mary Anne about the world of King Arthur  – Saints, Standing Stones and an Ancient Curse