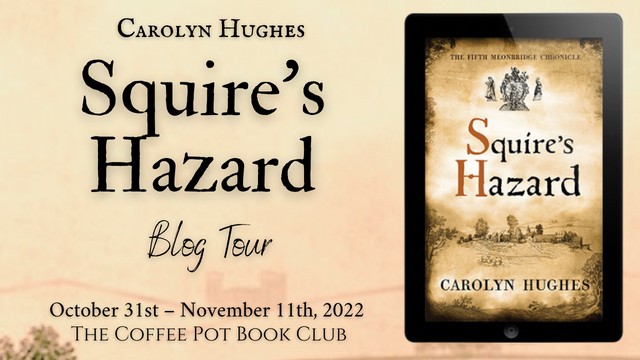 How do you overcome the loathing, lust and bitterness threatening you and your family’s honour?

It’s 1363, and in Steyning Castle, Sussex, Dickon de Bohun is enjoying life as a squire in the household of Earl Raoul de Fougère. Or he would be, if it weren’t for Edwin de Courtenay, who’s making his life a misery with his bullying, threatening to expose the truth about Dickon’s birth.

At home in Meonbridge for Christmas, Dickon notices how grown-up his childhood playmate, Libby Fletcher, has become since he last saw her and feels the stirrings of desire. Libby, seeing how different he is too, falls instantly in love. But as a servant to Dickon’s grandmother, Lady Margaret de Bohun, she could never be his wife.

Margery Tyler, Libby’s aunt, meeting her niece by chance, learns of her passion for young Dickon. Their conversation rekindles Margery’s long-held rancour against the de Bohuns, whom she blames for all the ills that befell her family, including her own servitude. For years she’s hidden her hunger for retribution, but she can no longer keep her hostility in check.

As the future Lord of Meonbridge, Dickon knows he must rise above de Courtenay’s loathing and intimidation, and get the better of him. And, surely, he must master his lust for Libby, so his own mother’s shocking history is not repeated? Of Margery’s bitterness, however, he has yet to learn…

Beset by the hazards these powerful and dangerous emotions bring, can young Dickon summon up the courage and resolve to overcome them? 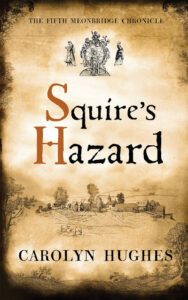 Carolyn Hughes has lived much of her life in Hampshire. With a first degree in Classics and English, she started working life as a computer programmer, then a very new profession. But it was technical authoring that later proved her vocation, as she wrote and edited material, some fascinating, some dull, for an array of different clients, including banks, an international hotel group and medical instruments manufacturers.
Having written creatively for most of her adult life, it was not until her children flew the nest several years ago that writing historical fiction took centre stage, alongside gaining a Master’s degree in Creative Writing from Portsmouth University and a PhD from the University of Southampton.
Squire’s Hazard is the fifth MEONBRIDGE CHRONICLE, and more stories about the folk of Meonbridge will follow.
Connect with Carolyn through her website www.carolynhughesauthor.com .
Website • Twitter • Facebook
Amazon Author Page UK • BookBub • Goodreads
Spread the love