Brushstrokes from the Past by Heidi Eljarbo #DualTimeline #Historical #CoffeePotBookClub 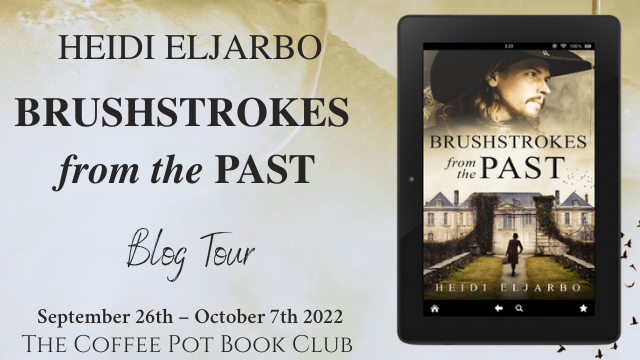 WWII and the mid-seventeenth century are entwined in this fourth dual timeline novel about Nazi art theft, bravery, friendship, and romance.

April 1945. Art historian Soli Hansen and her friend Heddy arrive at an excavation site only to find Soli’s old archeology professor deeply engrossed in an extraordinary find in a marsh. The remains of a man have lain undisturbed for three centuries, but there’s more to this discovery…

As Soli tries to understand who the baroque man was and discovers what he carried in a sealed wooden tube, problems arise. A leak reveals the finds to the notorious Lieutenant Colonel Heinz Walter, and soon, both Nazi elite and the Gestapo are after the treasure.
When Heddy and the professor disappear along with the artwork, Soli and her resistance group must find them before it’s too late.

1641. In Amsterdam, French musketeer Claude Beaulieu has had his portrait done by his close friend and artist Rembrandt van Rijn. When a band of thieves steal the precious painting, Claude and his wife Annarosa Ruber pick up their swords and a few belongings and go after the culprits.

Set in Norway during the tumultuous last days of the second world war, as well as the peak of the glorious baroque art period, these two stories are a must for readers who love historical fiction with adventure, suspense, and true love that conquers all.

This is a story that spans the Nazi occupation of Norway and also the 17th Century art world of Amsterdam. Musketeer and emissary to Louis XIII of France, Claude Beaulieu, has a portrait painted by his friend and the renowned master Rembrandt. When the painting is stolen, Claude and his wife, the sword-wielding Annarosa Ruber decide to go after the thieves. Fast forward a few centuries, and Soli Hansen and her friend Heddy are intrigued by the findings on an archaeological dig, where a sealed tube is unearthed. So begins the fourth of these well-written adventures.

Once the contents are revealed, its not long before the Nazis also find out about what’s inside and  the ruthless Gestapo will stop at nothing for possession. Many twists and turns ensue, not least the disappearance of Soli’s friends, Heddy and the Professor. Heidi Eljarbo controls the two timelines effortlessly, bringing us a true sense of period in both. As a fan of the the world of 17th Century painting, I appreciated the way it was brought to life with many tiny details that can only have been found through thorough research, such as the way letters in the 17th Century were sealed with a monogram, or the play of light on impasto brushstrokes.  Soli Hansen’s relationship with her friend Heddy is warm and believable, and their Nazi antagonists suitably determined, leading to a pacy and nailbiting read. Easy to read and engrossing, this is a treat for art lovers and those who like adventure seasoned with a little romance 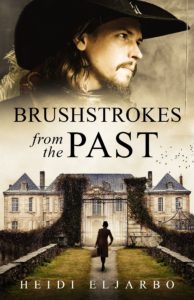