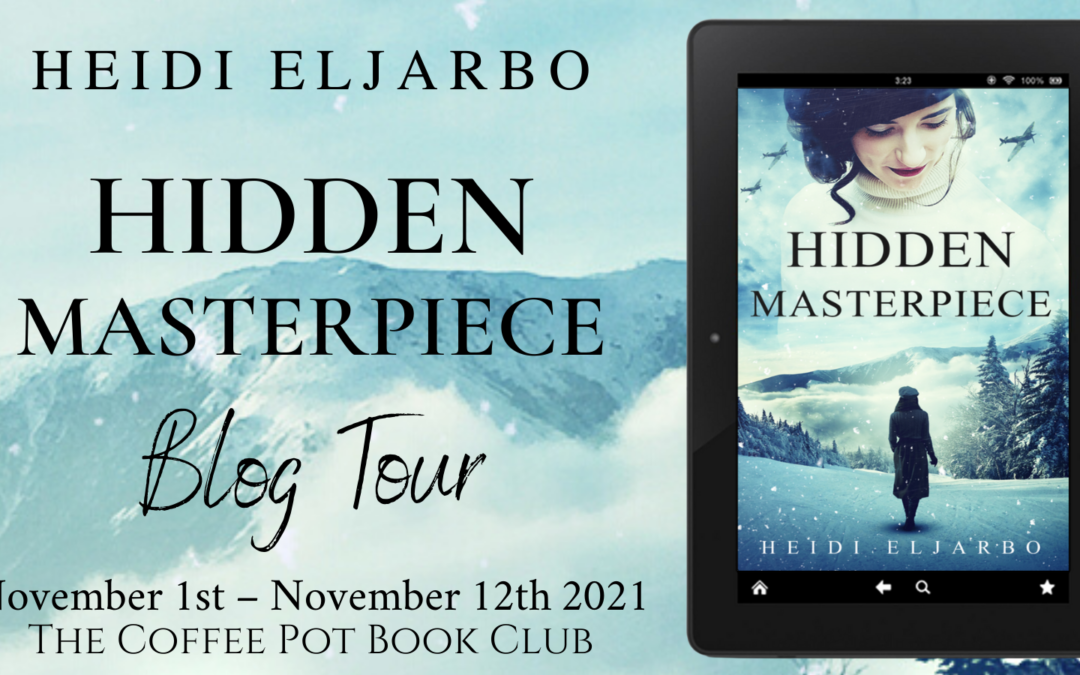 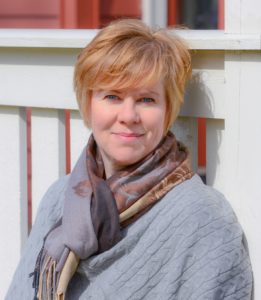 Today I welcome Heidi Eljarbo to my blog to tell us about the 17th Century artists featured in her new novel, Hidden Masterpiece. Over to Heidi!

What a joy it is to write a novel about something I have a passion about.

Historical fiction is my favorite genre. What’s not to like? I spent my study years going to classes and pouring over books about the history of clothing, art history, and just history in general. I loved studying languages, too, and combined the two when I started writing novels.

The Soli Hansen Mysteries is a series about a young art historian who joins the resistance. But entwined with the WWII story are the seventeenth century chapters that follow the artists and models of the paintings our heroine tries to rescue in 1944. Hidden Masterpiece is the third novel in this series.

Renaissance and baroque paintings have always fascinated me. The artists’ development of technique, perspective, and realism changed the way art was done. I have given one particular master painter the position as the founder of the art technique chiaroscuro in these novels. His name was Michelangelo Merisi da Caravaggio, and he lived in Italy and Malta during the years 1571-1610.

The Taking of Christ by Caravaggio

The technique had been used earlier by a woodcutter in the 1500s, and Leonardo da Vinci found the contrast of light and shadow fascinating.

But Caravaggio is considered the most famous chiaroscuro artist. He darkened large portions of the background of the artwork and illuminated the subjects in the foreground. This technique was soon adopted by others. My novels in the series so far include Rubens and Rembrandt who were inspired by Caravaggio’s methods.

In Hidden Masterpiece, Rembrandt is an up-and-coming young artist in Amsterdam. His professionalism and amazing artistry draw a young woman to his studio. Annarosa has decided beforehand exactly how she wants her portrait done and has a good reason why Rembrandt is the right artist for the job. At this time, Rembrandt is working on a gigantic oil painting of the captain of the civic militia guard along with seventeen of his men. The plan is to hang it in their distinguished guild hall. The composition measures almost 3.65m x 4.26m and becomes the masterpiece we later know as The Night Watch; a priceless artwork safely guarded in the Rijksmuseum in Amsterdam. 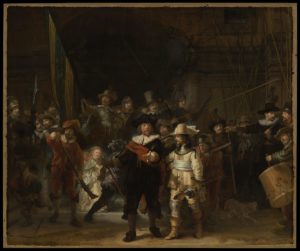 But the masterpiece we become invested in, is Annarosa’s portrait.

Our heroine Soli explains, “Rembrandt often painted real people as he saw them and got into trouble for doing so. His clients wanted to take home lovely portraits of themselves, but they were sometimes disappointed when he’d painted them with scars, warts, wrinkles, and flaws. He did not romanticize the images.” 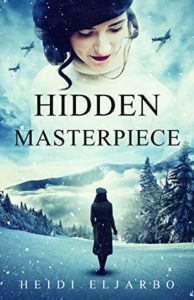 “So Annarosa’s stunning features and self-confident stare are most likely the true version of her?” Nikolai asked.

“I believe so.” Soli sighed. “Rembrandt left behind a vast number of paintings. Just think of his self-portraits…we know of eighty of them. And I’m not surprised he didn’t complete all his artworks. Unlike many of the Dutch masters of his time, he had a wide repertoire of paintings and etchings with different styles. I had an art teacher who said we should never compare anyone with Rembrandt.”

So come with me into the world of art, resistance, bravery, loyalty, and romance. Hidden Masterpiece has been a joy to write. I hope you’ll enjoy it, too.

READ MY REVIEW of Book One in this series – ‘Of Darkness and Light.