When the Mermaid Sings by Helen Hollick #Extract #CoffeePotBookClub #ShortStory 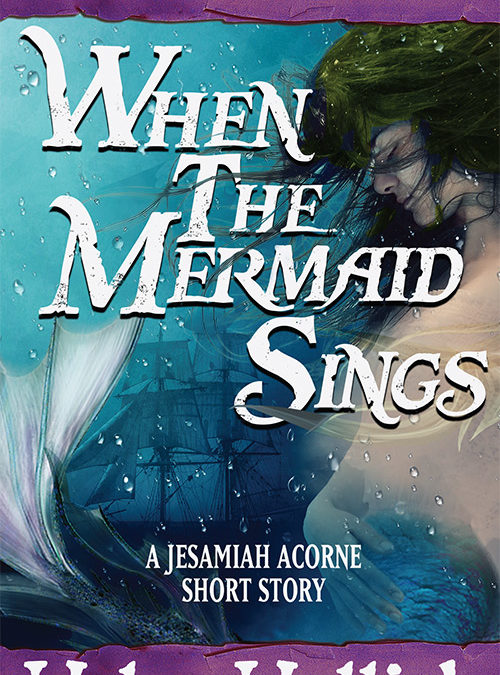 When the Mermaid Sings by Helen Hollick

When the only choice is to run, where do you run to?

When the only sound is the song of the sea, do you listen?

Or do you drown in the embrace of a mermaid?

Throughout childhood, Jesamiah Mereno has suffered the bullying of his elder half-brother. Then, not quite fifteen years old, and on the day they bury their father, Jesamiah hits back. In consequence, he flees his Virginia home, changes his name to Jesamiah Acorne, and joins the crew of his father’s seafaring friend, Captain Malachias Taylor, aboard the privateer, Mermaid.

He makes enemies, sees the ghost of his father, wonders who is the Cornish girl he hears in his mind – and tries to avoid the beguiling lure of a sensuous mermaid…

An early coming-of-age tale of the young Jesamiah Acorne, set in the years before he becomes a pirate and Captain of the Sea Witch.

A DISPATCH FROM THE AUTHOR – HAPPY BIRTHDAY HELEN!
Today, 13th April, is my birthday. (I can’t believe that I’m 69!) so the excerpt I have chosen for today – although a different date – is also my pirate’s birthday. But his is slightly more adventurous than mine!

A brief bit about the Sea Witch Voyages:
I wrote the first Voyage (Sea Witch) back in 2005 after thoroughly enjoying the first Pirates of the Caribbean movie. Like most avid readers, however, I wanted more than just the movie, I wanted to read something that was as entertaining and as exciting. A nautical adventure with a charming rogue of a pirate captain, written for adults (with adult content) but with a dash of supernatural fantasy as well – elements of which had made that first movie such fun to watch. I found many nautical-based novels, but they were all ‘serious stuff’ – Patrick O’Brian, Alexander Kent, C. S.Forrester … all good reads but without the fantasy fun, and barely a female character in sight. I simply could not find the book I wanted to read. So, I wrote my own.
The first Voyage led to more books in the series, and also generated several emails from fans who wanted to know how Jesamiah had become a pirate in the first place. When the Mermaid Sings answers that question.

EXCERPT
Cornwall, England, December 1708
The boy with the black hair had been invading Tiola’s dreams again. She sat in the barn, hidden in the summer-cut hay; she often came here because the smell and the dust made her father sneeze, so he avoided the place, just as she avoided him as much as she could. Her two man-grown brothers had no care for an irritating almost-eight-year-old girl, so neither did they come searching. Her other brothers, Carter and Bennett, nine and three years her elder, preferred to be out in their boat, fishing, unless the Cornish weather was too inclement even for them to tolerate. Her mother knew where and why she sought the solitude, but Mother knew that her only daughter took after her own mother, and respected her especial gift of Fey, and left her to the privacy of
her visionary thoughts. Tiola, named for that same grandmother, was an inquisitive child who behaved older than her years and was full of questions: what are clouds made of? Why is the sky blue? How wide is the sea? Who is the boy I see in my dreams? She had asked that last question only once. The resulting whipping from her father, the Reverend Garrick, had taught her the prudence of silence.

She sighed. Her mother was calling for her to come and help with the afternoon chores. All Tiola wanted to know was the identity of the boy with black, curly hair. Boy? No, young man now. He had been a boy when first she had watched him, but last night, in her dream, she had clearly seen that he was growing up, maturing into manhood. She had watched him, in her mind, many times; felt his enjoyment as he dabbled with the gentle flow of the river and sailed, or mended, or painted his boat. Had cringed when the shadow of his brother blotted the sun, wept with him when the cruel bullying left its mark of fear and pain. She knew about that wicked shadow of fear, for her father cast the same shadow. She had saved him, the boy, all those months ago, when he had almost given in to the grief of despair, and surrendered to the malignant presence of Death. She had shouted at him with mind-words: ~ Get up! Fight back! ~ But she needed to know who he was because she had to continue to keep close watch over him. Had to keep him safe. How and why, she was not yet certain, but she would find out, one day. Perhaps soon? Or maybe when she was a woman grown, and this embryonic gift of Craft that she possessed, passed from grandmother to granddaughter, was fully awakened?

Read more: How I met Jesamiah Acorne (the tru-ish) story

“Ms Hollick has skillfully picked up the threads that she alludes to in the main books and knitted them together to create a Jesamiah that we really didn’t know.” Richard Tearle senior reviewer, Discovering Diamonds 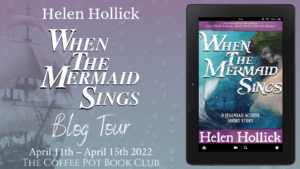