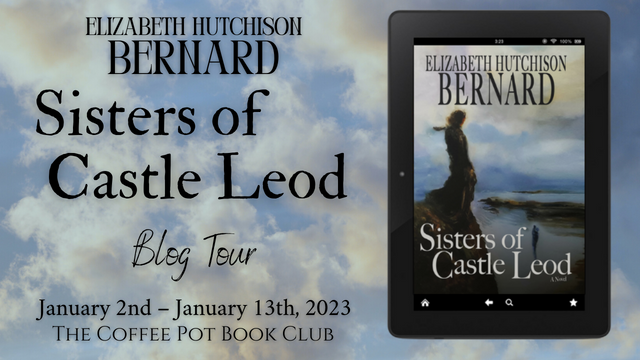 I’m delighted to be featuring award winning author Elizabeth Hutchison Bernard on my blog today. We are being treated to a trip to Lebanon at the turn of the 20th Century, via Constantinople and the Orient Express! Find out more about the ancient city of Tyre.

SISTERS OF CASTLE LEOD: A NOVEL: An Ancient City Reveals a Hidden Truth

Thanks, Deborah, for inviting my guest post about my latest historical novel, SISTERS OF CASTLE LEOD (release date: January 19, 2023). You asked me to talk about a particular object or place that plays a role in the story of my real-life characters, Sibell Mackenzie, who became the third Countess of Cromartie in 1895, and her younger sister Lady Constance. The obvious choice might be Castle Leod, where the sisters grew up and which Sibell inherited as part of the Cromartie estates, but today I want to explore with you and your readers a different place: the ancient Phoenician port of Tyre, along the Mediterranean coast of modern-day Lebanon.

There are several different geographical settings in my novel: the Scottish Highlands, London, Venice, New York City, Constantinople (now Istanbul, Turkey), and Tyre. I have personally visited all these locales except for Istanbul and Tyre. But then, few authors of historical fiction have the luxury of traveling to every place they write about. In this instance, there was no way to avoid the need for a bit of armchair research. In my novel, it is important that Sibell journeys to Tyre in search of her past and a path to the future she so desperately desires. 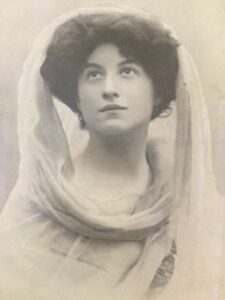 To understand Sibell’s journey, one must know a little bit about her. Inheriting her father’s titles and estates at the age of seventeen, she achieves the rare distinction of becoming a peeress in her own right and also one of the richest landowners in Scotland. A quiet, bookish young woman, she achieves fame as an author of mystical romance novels and becomes well-known as a spiritualist and a believer in reincarnation. All this, as well as her public claim of having a Phoenician spirit guide, is important to both the factual and fictional elements of the novel.

While most of the characters in SISTERS OF CASTLE LEOD are inspired by real people, one of the purely imagined characters is the young Arab who convinces Sibell that they were lovers in a past life—in Tyre, just before the brutal invasion of Alexander the Great in 332 BC. Though at first reluctant to believe him, Sibell eventually finds herself drawn to the historic city where, to her surprise, the site of an ancient ruin stirs what seem to be vague memories of the past. No, my book is not a time-travel romance! But Sibell often has brief flashes of an Unseen World that are key to her view of life, death, and destiny.

I loved researching the history of the Phoenicians and especially Tyre. One of the fascinating facts I discovered was that, in addition to being an important port city for Phoenician merchant vessels, Tyre was famous for its production of a rich purple dye made from snail shells. The downside to this flourishing enterprise was that collecting snails by the thousands and leaving them to decompose in huge vats created an awful stench. But these special dyes were highly prized and very expensive. Eventually, Tyrian purple became an official imperial color, and its use was restricted accordingly 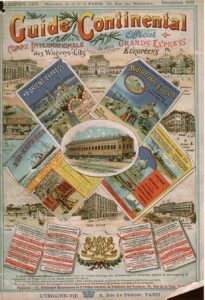 When Sibell finally arrives in Tyre—after 80 hours of travel from Paris to Constantinople on the Orient Express, four days on a ship from Constantinople to Beirut, and two days of a bumpy carriage ride along the Mediterranean coast, escorted by armed guards—her first reaction is disappointment. There is little evidence of the Phoenicians. Most of what she can see from the main road into the city are relics of the Roman era—the towering stone arch and double colonnade of green-veined marble columns, and the remains of a hippodrome that once held twenty thousand spectators. Looking out across the water, she sees the land bridge connecting the mainland to the former island port, an enduring reminder of Alexander’s seven-month siege, and she is overcome with sadness for Tyre’s citizens, most of whom were killed or forced into slavery. But there is more awaiting Sibell in Tyre. She is soon to discover who she really is and make one of the most difficult decisions of her life.

The ancient city of Tyre plays a unique role in a novel that is a blend of historical biography and fiction. Narrated by Sibell, the story could not be told without a judicious touch of the supernatural. Sibell’s experiences of the Unseen World and her questioning of reality are part of what separates her from the world at large and especially from her sister Constance. The Mackenzie sisters are complete opposites in looks, talents, and temperament. But there is more to the conflict between them than these observable differences. SISTERS OF CASTLE LEOD is a story of two sisters torn apart by jealousy and superstition … and the impossible leap of faith that could finally bring them together. 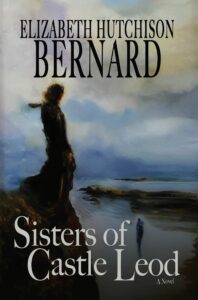 **Finalist in the 2022 American Writing Awards**

Millions are fans of Diana Gabaldon’s popular Outlander books and television series, but few know that Gabaldon’s fictional Castle Leoch was inspired by a real Scottish castle, Castle Leod. The two sisters who lived there at the turn of the twentieth century were among the most fascinating and talked-about women of their era.

Lady Sibell Mackenzie is a spiritualist, a believer in reincarnation, and a popular author of mystical romances. Petite and proper, she values tradition and duty. Her younger sister Lady Constance, swimming champion and big game hunter, is a statuesque beauty who scandalizes British society with her public displays of Greek-style barefoot dancing. The differences between the sisters escalate into conflict after Sibell inherits their late father’s vast estates and the title 3rd Countess of Cromartie. But it is the birth of Sibell’s daughter that sets in motion a series of bizarre and tragic events, pitting sister against sister and propelling Sibell on a desperate mission to challenge the power of fate.

Sisters of Castle Leod, by award-winning author Elizabeth Hutchison Bernard, is the emotionally charged story of two sisters torn apart by jealousy and superstition, and the impossible leap of faith that could finally bring them together.