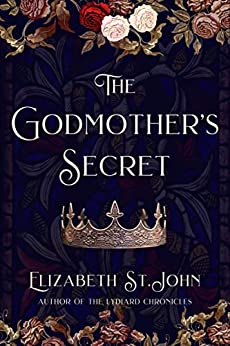 If you knew the fate of the Princes in the Tower would you tell? Or forever keep the secret?

May 1483: The Tower of London. When King Edward IV dies and Lady Elysabeth Scrope delivers her young godson, Edward V, into the Tower of London to prepare for his coronation, she is engulfed in political turmoil. Within months, the prince and his brother have disappeared, Richard III is declared king, and Elysabeth’s sister Margaret Beaufort conspires with her son Henry Tudor to invade England and claim the throne.

Desperate to protect her godson, Elysabeth battles the intrigue, betrayal and power of the last medieval court, defying her Yorkist husband and her Lancastrian sister under her godmother’s sacred oath to keep Prince Edward safe. Bound by blood and rent by honour, Elysabeth is torn between the crown and her family, knowing that if her loyalty is questioned, she is in peril of losing everything—including her life.

Were the princes murdered by their uncle, Richard III? Did Margaret Beaufort mastermind their disappearance to usher in the Tudor dynasty? Or did the young boys vanish for their own safety? Of anyone at the royal court, Elysabeth has the most to lose–and the most to gain–by keeping secret the fate of the Princes in the Tower.

Inspired by England’s most enduring historical mystery, Elizabeth St.John blends her family history with known facts and centuries of speculation to create an intriguing story about what happened to the Princes in the Tower. 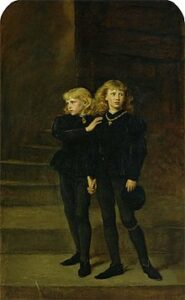 Princes in the Tower by Millais

This is a book that will thrill historical fiction fans, especially those who like their fiction based around the royal households. The novel begins with a traumatic birth, and this not only presages what is to come, but also cements the bond between Elysabeth Scrope and the infant future heir to the throne, Edward V. As the novel progresses the bond between Elisabeth and Ned is skilfully built, so that we really believe her allegiance to the young prince is her primary concern, even though this conflicts with family loyalties. Her sister Margaret Beaufort, mother to Henry Tudor is intent on advancing him instead, and abhors his exile from court.

The two women are skilfully drawn as adversaries although still siblings. In this power-torn England, the machinations behind the scenes writhe like snakes. Elysabeth has little power in that day and age to protect her charge – for example she is thrown out of the Tower, having been told her services are no longer required. She does what she can within her power, continually searching to fulfil her role as Godmother to the boy, and drawing her maidservant Meg along in her wake.

A foil to all the double-dealing is Elysabeth’s husband, Jack, a straightforward man of principle and affection who will offer her support when he can. Not so, the eventual Richard III, who seems ruthless in pursuit of power behind his reasonable facade.

The beauty of Elizabeth St John’s alternative version of events is that it reads as perfectly plausible. This is achieved by attention to detail in the clothing, food, manners and hierarchies of life at court, and in the Tower of London, and in the terse relationships between the main players in the action. Of course we all know there is a mystery behind what happened to the princes, and Elizabeh St John uses this tension to great effect.

This is a fantastic example of what a historical novelist can do – to shine a light into history, find new interpretations for past events, and to give little-known characters from history their chance to speak. A five star read that is very warmly recommended. 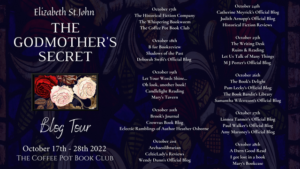