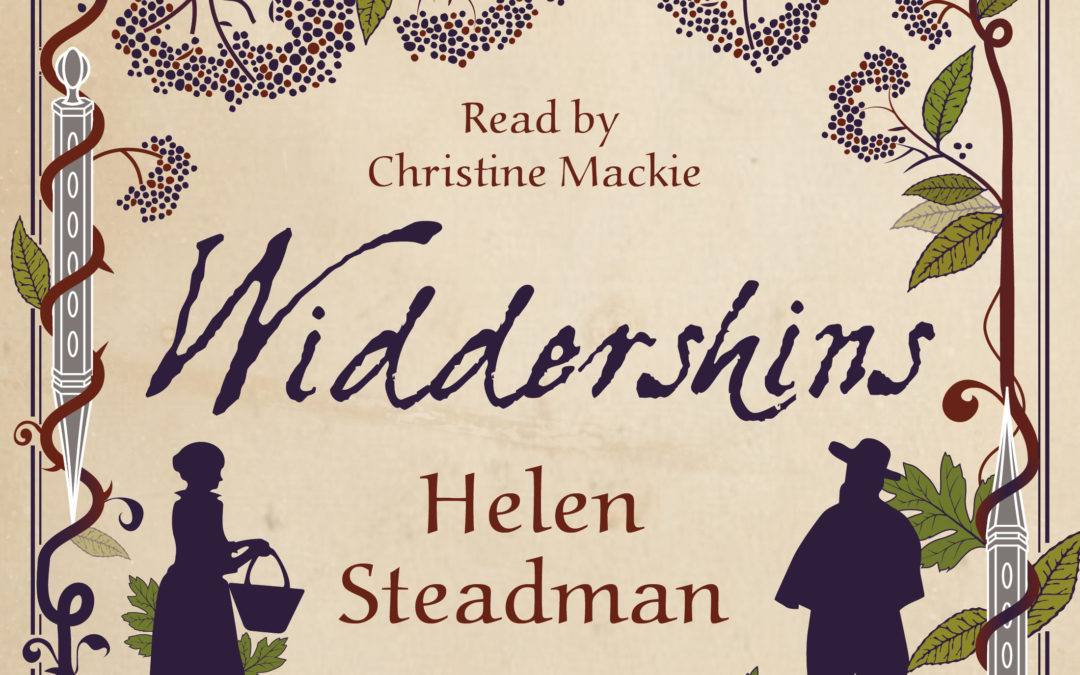 The new audio book of Widdershins is narrated brilliantly by talented actor, Christine Mackie, from Downton Abbey and Coronation Street.

The first part of a two-part series, Widdershins is inspired by the Newcastle witch trials, where 16 people were hanged. Despite being the largest mass execution of witches on a single day in England, these trials are not widely known about. In August 1650, 15 women and one man were hanged as witches after a Scottish witchfinder found them guilty of consorting with the devil. This notorious man was hired by the Puritan authorities in response to a petition from the Newcastle townsfolk who wanted to be rid of their witches. 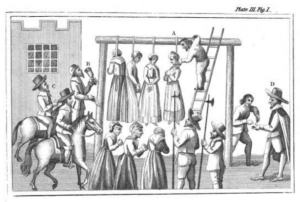 Widdershins is told through the eyes of Jane Chandler, a young woman accused of witchcraft, and John Sharpe, the witchfinder who condemns her to death. Jane Chandler is an apprentice healer. From childhood, she and her mother have used herbs to cure the sick. But Jane soon learns that her sheltered life in a small village is not safe from the troubles of the wider world. From his father’s beatings to his uncle’s raging sermons, John Sharpe is beset by bad fortune. Fighting through personal tragedy, he finds his purpose: to become a witchfinder and save innocents from the scourge of witchcraft.

The Historical Novel Society said of Widdershins: “Impeccably written, full of herbal lore and the clash of ignorance and prejudice against common sense, as well as the abounding beauty of nature, it made for a great read. There are plenty of books, both fact and fiction, available about the witch-trial era, but not only did I not know about such trials in Newcastle, I have not read a novel that so painstakingly and vividly evokes both the fear and joy of living at that time.”

Dr Helen Steadman is a historical novelist. Her first novel, Widdershins and its sequel, Sunwise were inspired by the Newcastle witch trials. Her third novel, The Running Wolf was inspired by a group of Lutheran swordmakers who defected from Germany to England in 1687.

Despite the Newcastle witch trials being the largest mass execution of witches on a single day in England, they are not widely known about. Helen is particularly interested in revealing hidden histories and she is a thorough researcher who goes to great lengths in pursuit of historical accuracy. To get under the skin of the cunning women in Widdershins and Sunwise, Helen trained in herbalism and learned how to identify, grow and harvest plants and then made herbal medicines from bark, seeds, flowers and berries.

The Running Wolf is the story of a group of master swordmakers who left Solingen, Germany and moved to Shotley Bridge, England in 1687. As well as carrying out in-depth archive research and visiting forges in Solingen to bring her story to life, Helen also undertook blacksmith training, which culminated in making her own sword. During her archive research, Helen uncovered a lot of new material and she published her findings in the Northern History journal. 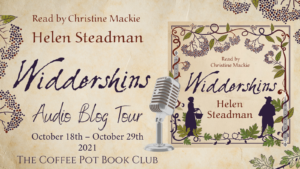 Helen is now working on her fourth novel.

Get in touch with Helen: