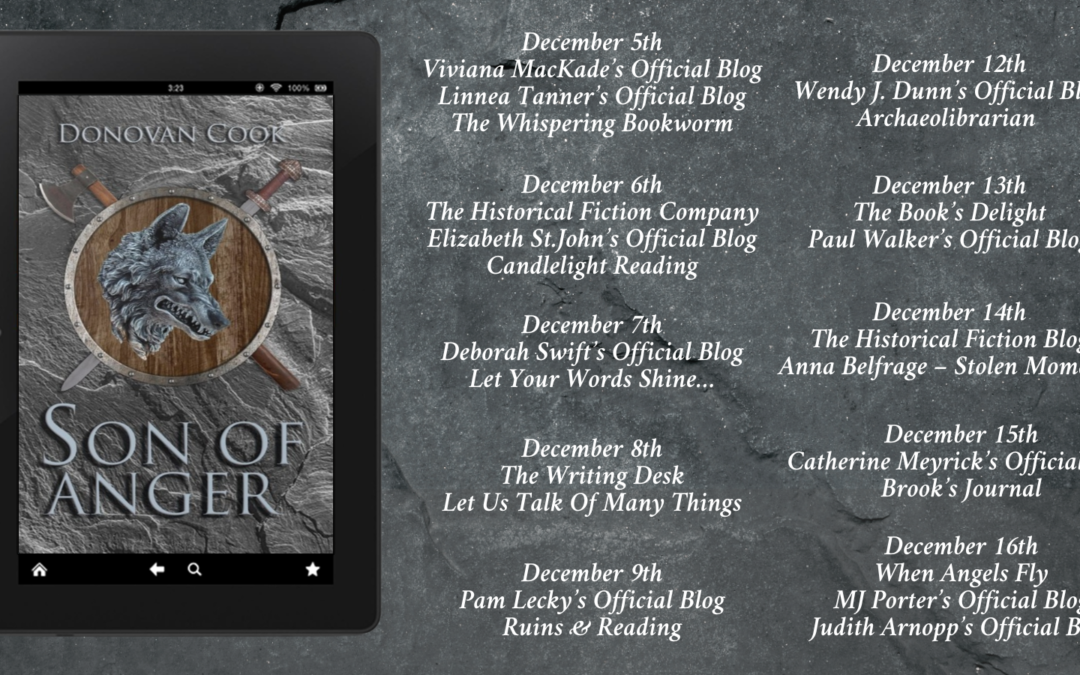 Read this gripping extract from Son of Anger, Book 1 in the Ormstunga Trilogy

They were halfway through their breakfast when the horn blew. The men looked up from their bowls and at each other. It was time. Snorri looked around at the seven men he thought of as friends and brothers.

“My brothers,” he said with a smile, “I will see you after the battle or in Valhalla.”

“After the battle or in Valhalla,” they echoed. Ulf felt oddly comforted by the words, the surety behind them that they will meet again. As they went to their tents to get their spears and shields, Ulf wondered if his friends felt as nervous as he did.

“Drumbr!” Thorbjorn shouted over his shoulder. “If you get to Valhalla before me, make sure you leave me some of the mead.”

“No need to worry about that. The mead in Valhalla is endless,” Brak Drumbr responded.

“Not with the way you drink. You’d drink old Heidrun dry before any of us got there,” his brother quipped. The men laughed as they got their spears and shields.

Ulf saw that Vidar wasn’t in the tent when he went in. He thought that was strange. Maybe Vidar was already outside, but then why had Ulf not seen him? Ulf took his spear and shield and went out to meet the others. When he got to the hill, Thorgils was busy giving the orders.

“Snorri, I want you and your men on the right flank. Amund, you will be on the left flank.” He looked at the two men and was satisfied with their nods. “Now, where in Odin’s name is Ragnar?” Ulf realized Ragnar was not with the jarl, which was also strange.

“Ragnar?” Snorri asked, also seeing that his father’s champion wasn’t there. He knew the champion would want to be nowhere else right now.

“Yes, I sent him to my tent to fetch my helmet and to get Thorvald. He should be here as well.”

Snorri shrugged. “I’m sure he is on his way. Maybe he had to take a piss first.”

“Snorri’s right,” Jarl Amund answered. “I will get my men ready,” he said and walked away. Ulf saw him look at his son, Oddi, and give the briefest of nods as he did so.

“Perhaps,” Thorgils said. “Snorri, you do the same.” The two of them clasped hands. “After the battle or in Valhalla.”

“After the battle or in Valhalla, Father,” Snorri responded and walked to his men.

“Ulf,” the jarl said before Ulf could follow Snorri. Ulf turned and looked at the jarl. “May Tyr be with you today.” Ulf was surprised by the words. The jarl had never liked him, or so it had seemed. Ulf nodded his thanks and went after Snorri.

He was surprised not to see Vidar waiting for him by Snorri’s men. “Anyone seen Vidar?” he asked as he planted his spear into the ground to put his helmet on.

“No, thought he was with you,” Asbjorn said. He had been less hostile towards Ulf after they had seen Griml, but Ulf still felt some distrust from him.

“He wasn’t in the tent when I got there.”

“He’ll be here,” Snorri said, smiling at him.

Ulf nodded and made sure his helmet sat firmly. The enemy line formed up opposite theirs. They were close enough so he could see the individual faces of the men who wanted to kill him. Their line was longer than Thorgils’, but they had expected that. Griml had more men. A ripple ran through the line near the centre, the way wheat fields parted when walked through, and Ulf saw him. It was hard not to, he was at least two heads above the rest. He walked through his cheering men with his arms raised in the air, filled with arrogance and preening like a prized cockerel showing off its flamboyant plumage. Only, a prized cockerel wasn’t so ugly, or as frightening.

Griml stood in front of his men and looked along the line of Thorgils’ men like he was searching for something. Ulf did not feel the shock he had felt when he first saw Griml outside his hall, but he felt the same fear and uncertainty run through him. Griml carried on searching along the line until he found what he was looking for. Ulf. He locked eyes with him and an arrogant grin spread across his ugly face, revealing a mouth of rotten teeth. Ulf could only stare back, caught in the emptiness of the giant man’s eyes. The path to Hel, through the bloody marshes of his dreams. Griml walked along the line of his men, his eyes still fixed on Ulf. He didn’t seem to care about the two hundred other men. He didn’t seem to be afraid of them. But then, fear was probably a feeling Griml had never felt before.

“What’s he doing?” Snorri asked, but got no response. All around him men muttered the same question, like Snorri, not understanding what they saw.

Ulf had visions of his dreams again as Griml came closer and it took all his will not to shudder in fear. Finally, Griml stopped, directly opposite Ulf.

“Or he wants us. We did kidnap his bride,” Thorbjorn suggested.

“No, he’s looking at Ulf. He wants Ulf, not us,” Snorri said, frowning as he tried to understand. 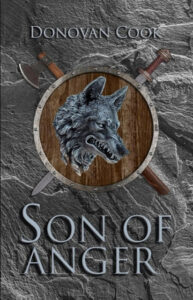 More about Son of Anger:

Ulf is like a storm, slowly building up its power, he grows more dangerous with each passing moment. And like all storms, he will eventually break. When he does, he will destroy everything in his path.

Ulf is one of a long line of famous Norse warriors. His ancestor Tyr was no ordinary man, but the Norse God of War. Ulf, however, knows nothing about being a warrior.

Everything changes when a stranger arrives on Ulf’s small farm in Vikenfjord. The only family he’s ever known are slaughtered and the one reminder of his father is stolen — Ulf’s father’s sword, Ormstunga. Ulf’s destiny is decided.

Are the gods punishing him? All Ulf knows is that he has to avenge his family. He sets off on an adventure that will take him across oceans, into the eye of danger, on a quest to reclaim his family’s honour.

The gods are roused. One warrior can answer to them. The Son of Anger.