Seadogs and Criminals – a #Victorian adventure by Alex Fisher 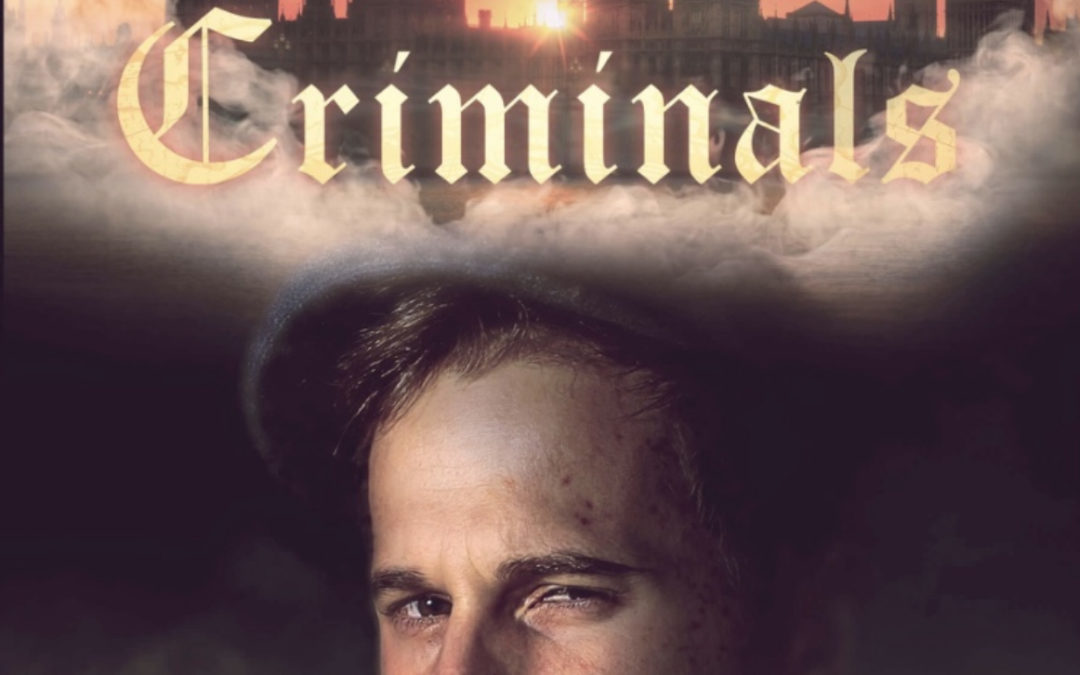 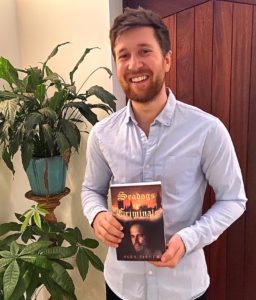 I’m delighted to welcome Alex Fisher to my blog today to tell me all about his new novel, Seadogs and Criminals. Over to Alex:

Seadogs and Criminals is a historical fiction adventure that begins in the winding cobbled streets of Victorian London and is set amid the booming social and technological spike known as the Industrial Revolution. Due to a widespread revolution in factories and an influx of work, people of rural settings left their country background to settle in the city, making the urban population explode like never before. This, of course, affected the social classes, widening the gap between rich and poor leading the poverty-stricken to spend their lives in workhouses, or leading those desperate enough to crime in order to make ends meet.

Within Seadogs and Criminals, I designed a character who did not play strictly by those rules, who did not have to be desperate in order to break laws. He did it because he loved to. He loved the thrill and the chase, the greed and the reputation – he became a master criminal, evading the law for years by leaving a trademark: nothing, earning him the nickname of Trace – because he never left one.

The Ruse of the Reversible Jacket
The main protagonist of Seadogs and Criminals is Joseph Winter, born and bred into the lower classes upon the streets of Victorian London. An intriguing character, he always seemed conflicted; loving and hating the streets simultaneously, just as he loved and hated his reputation, just as he loved and hated himself. Literate, skilled and quick-thinking, he knew he could’ve had the option to get an honest job, but he didn’t. Crime was his career, and he was excellent at it. With light feet, swift hands and a special jacket, he was always able to evade the peelers of London. Specially tailored and a perfect object to represent his fickle and mischievous nature, this jacket was reversible – giving the appearance of a lowly vagabond on one side, but once the police had lost him amongst the crowd, he reversed it to an expensive-looking coat complete with pocket square and felt collar. A quick comb of the hair and a brush down was all that was needed in order to make him disappear from the police and become untouchable.

Within these cobbled rat-runs appearances were everything. By switching social classes and becoming a wealthy businessman,  Winter was respected and left alone. A vital object to uphold a vital reputation. Yet he tired of the constant pursuit and longed for something more. It was greed that fueled his desire to keep in the game and to take on the one last job from his long-term friend and confidant Vincent “Mad Vinny” Jenkins. It was a burglary in a wealthy house supposedly keeping a treasure map leading to the fabled Lost Loot, or otherwise known as Scott’s Trove. A treasure lost to history, buried by the mysterious Eve and Henry Scott a hundred years before; a myth to some, a legend to others. It was too good to miss. 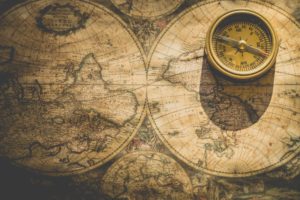 Photo by Ylanite Koppens from Pexels

The Heirloom Compass
Upon discovering said map, however, Joseph realised its mystery was doubled even more so since the map was encoded within a poem-like riddle. An object that was to become crucial to the story, one of the pillars supporting the plot. Along with the map, bewildering him further, was the compass left to him by his grandfather Frederick Winter; an explorer who sailed upon the Endeavour with Captain James Cook, who became a legend in himself through his travels, but who returned a man with a loss of spirit and morals. This compass became a poignant object for the developing story of Seadogs and Criminals, linking Joseph to his past but also giving him a direction to the future, (possessing an importance that even I did not anticipate when I began writing the story). This compass became even more necessary when Joseph, along with a group of interesting characters, stowaway upon a merchant sailing ship and journey far and wide to find the next clue. He didn’t want to leave his beloved London, but after fate dealt him a bitter blow, he had to get away. He had to leave and had to find out what life had to offer. Plus, who could deny the call of adventure when a treasure map was inviting him on one.

Seadogs and Criminals was a thrill to write and has influenced my life in more ways than I could’ve imagined. A gripping tale, I hope it will hook the
reader in until the end so they, too, can uncover the legend and unravel the mysteries and will get to know the characters as much as I did. 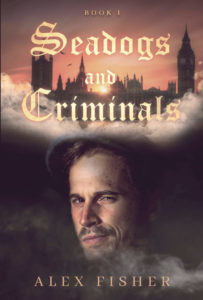 BUY THE BOOK EVERYWHERE ELSE