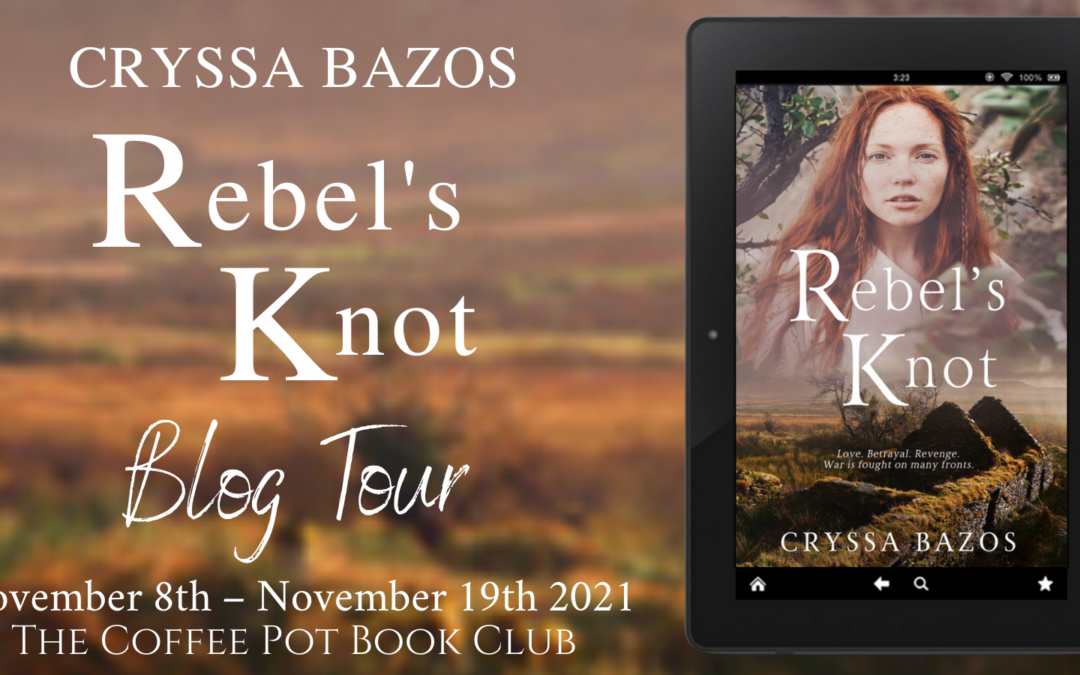 I have already read the other two in this series, and was really keen to read the third as I knew I’d be in for a treat. What an adventure! The action never stops as the reader is whisked from one disaster to the next. Set in Ireland, in the turbulent aftermath of the English Civil Wars  – the little known setting of the Eleven Years War, the historical research shines through. I loved the characters –  Aine, an innocent caught up in a battle that is none of her own making, and Niall, a man intent on finding his lost sister Mairead and wreaking revenge on the cruel English who have destroyed his family. Niall is a warrior, ‘an extension of his weapons’ and a rebel against the marauding troops.

The novel explores Catholicism, Protestantism and the ‘old ways’ of fairy lore and legend, which underpin much of Irish culture and hold both sides together in a common understanding. Unfortunately, in a divided country the old myths are often not enough to prevent bloodshed, and Aine who claims to be non-political, and  immune to difference, soon finds she has to take sides. Danger is everywhere – from the English leader the ruthless Garret, to Aine’s arch enemy from her past Muiredach. Prepare to be thoroughly gripped!

The love story in this book is beautifully handled and developed and is just as strong as the adventure. Another draw for the reader is the beautifully evoked Irish landscape of bog and heath, thatched cottages, campfires, and rebels’ hideouts. I can’t recommend this book highly enough and in fact all three books can stand alone and each one is a great historical read. 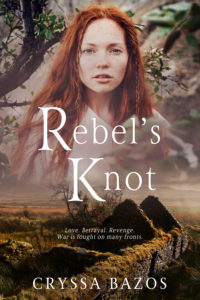 A fey young woman, Áine Callaghan, is the sole survivor of an attack by English marauders. When Irish soldier Niall O’Coneill discovers his own kin slaughtered in the same massacre, he vows to hunt down the men responsible. He takes Áine under his protection and together they reach the safety of an encampment held by the Irish forces in Tipperary.

Hardly a safe haven, the camp is rife with danger and intrigue. Áine is a stranger with the old stories stirring on her tongue and rumours follow her everywhere. The English cut off support to the brigade, and a traitor undermines the Irish cause, turning Niall from hunter to hunted.

When someone from Áine’s past arrives, her secrets boil to the surface—and she must slay her demons once and for all.

As the web of violence and treachery grows, Áine and Niall find solace in each other’s arms—but can their love survive long-buried secrets and the darkness of vengeance?

Cryssa Bazos is an award-winning historical fiction author and a seventeenth century enthusiast. Her debut novel, Traitor’s Knot is the Medalist winner of the 2017 New Apple Award for Historical Fiction, a finalist for the 2018 EPIC eBook Awards for Historical Romance. Her second novel, Severed Knot, is a B.R.A.G Medallion Honoree and a finalist for the 2019 Chaucer Award. Website • Twitter • Facebook • Instagram • BookBub • Amazon Author Page • Goodreads