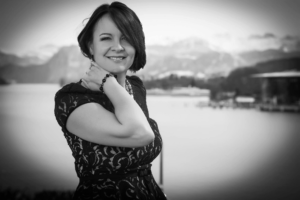 Its always a pleasure to interview someone who is launching their first novel, so I’m thrilled to welcome Welsh author Heidi Gallacher to my blog today to tell me about her historical romance, Rebecca’s Choice, as part of her Coffee Pot Book Club Tour.

Tell me about why you chose to write a romance and why the Victorian era made it an ideal setting for this particular story.

I was on a research module on a writing course and we were told to access newspaper articles from the Victorian era. We could choose anything we liked. My grandfather had lived in a very old house in Cardiff where I remembered playing as a child. So I decided to type in the name of the old house, which was ‘Tredelerch’.

Many interesting articles were retrieved by the search engine. I discovered that Tredelerch had housed one of the first outdoor weather stations in South Wales and that the family who lived there in the 1890s had hosted lavish balls in the summer in the garden. On the writing course we were told to write a short story using the fruits of our research, and this is where it all started. I think it was the story of the outdoor balls, with marquees, dancing and Hungarian bands playing, that inspired me to write a romance. I fell in love with the era as I wrote. The setting of Tredelerch was so beautiful back then, nestling at the bottom of a hill next to a river.

The original short story was 12,000 words and called ‘The Weather Station’. When I was finishing the short story I knew I had a lot more to say, in fact I knew I had enough for a novel! It did not change its name to ‘Rebecca’s Choice’ until a few months before publication.

What fact or feature about the Victorian era did you find the most surprising or interesting?

There were so many! I loved the way that my research of the era influenced my writing of the novel. For example, while researching Cardiff in the Victorian era I discovered there had been an area of Cardiff called Temperance Town, that was established in the 1850s. The sale of alcohol was not allowed there – hence the name.

It seemed such an interesting area that I decided to include it in the novel. Reece, one of the main characters in Rebecca’s Choice, hails from Temperance Town. It was sadly demolished in the 1930s to make way for Cardiff Bus Station. 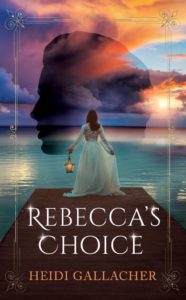 So here’s the finished book with its lovely cover! But what gave you the impetus to write your first novel?

Up to 2017, I had written five or six short stories. I hadn’t considered writing a novel; at that stage I wasn’t sure if I was able. A novel is a huge commitment. However, as I mentioned earlier, when I wrote my short story ‘The Weather Station’ the characters revealed themselves and I saw that there was enough there for me to expand the story into a novel.

In the process of writing, what mattered to you the most as a novelist?

In writing historical fiction, one thing that mattered to me was that I got things right; that the setting was realistic, just as it had been back then. I researched how my characters would have spoken, what they would have eaten. I spent days researching Temperance Town and the methods of transport in Cardiff at the time. I looked at old maps to see how a character would have journeyed from one part of Cardiff to another. An interesting piece of research was studying the Victorian railway system in Wales including the old Mumbles railway, which appears in a couple of chapters. It all had to be right.

Another important part of the writing process was getting feedback on the story as I wrote, about characters, about the plot. Feedback about all aspects of the novel to see what was working and what wasn’t. I was lucky to have a group of trusted readers.

How important is it to you that the book is set in Wales?

I grew up in South Wales and am Welsh and so I know the area very well. This helped give me confidence in writing the novel – I know the setting. Two of my favourite parts of Cardiff are Wentlooge and Roath Park, both places where I spent a lot of time as a child. I was determined to include scenes from these places in the novel. It was a thrill when I discovered the opening ceremony for Roath Park was in June 1894 – it fitted so perfectly into the novel! Loving the places helped with the descriptive element too. What is lovely is that several of my readers (one from Germany!) have said they are planning to visit the area – to discover these lovely parts of Wales for themselves.

What have you learned writing this novel that will help you writing the next?

The importance of the support of family and friends is one thing. I am lucky to have a supportive partner who encourages me and reads what I have written, offering very useful feedback. There are great support groups online too, on Facebook and Twitter, that I found very helpful.

I have also learned that it so important to read back to myself what I have written – to check the ‘flow’ of the words and whether the dialogue sounds natural, for example.

I have learned that, although it is difficult, sometimes a much-loved few paragraphs or even a chapter has to be taken out, if it does not help to move the story forwards.

The main thing I have learned is that I love the writing process. Two more novels are underway – a thriller and another, unrelated historical fiction novel. After that I will begin the sequel to ‘Rebecca’s Choice’!

Thank you so much for stopping by and I wish you much success, and further adventures in writing!

‘This is a story that is utterly beguiling from the opening sentence to the very last full stop.’ – Author Mary Anne Yarde

‘The historical details are so skilfully woven in that the reader steps with ease into the late 19th century.’ – Author Liz Harris

Learn more about the book: Amazon UK • Amazon US