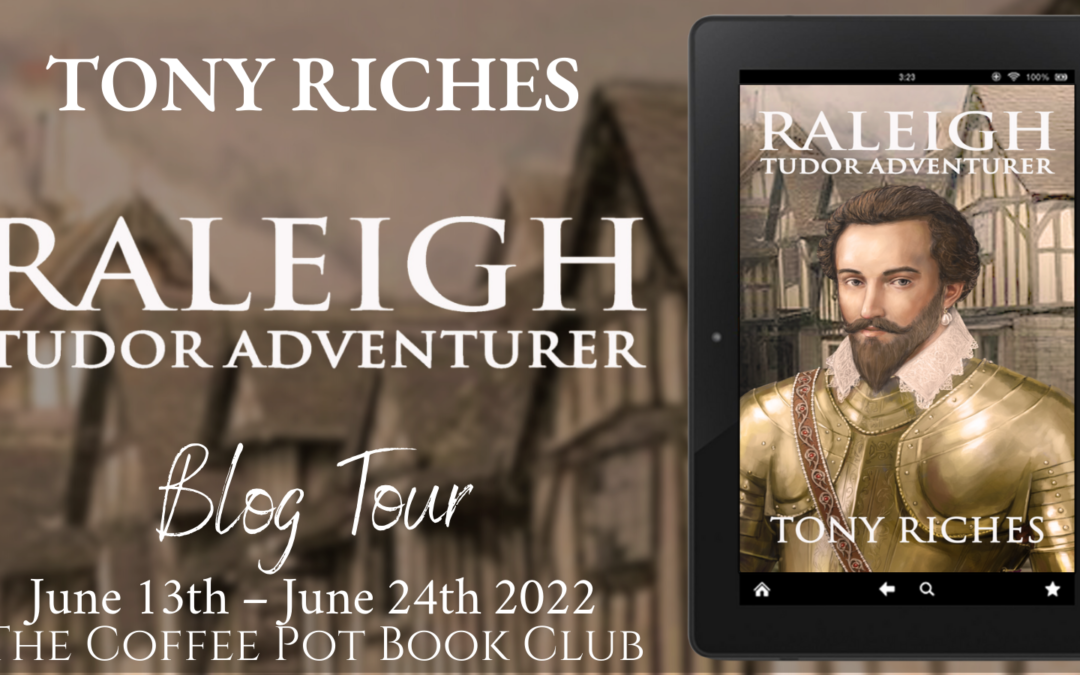 Tudor adventurer, courtier, explorer and poet, Sir Walter Raleigh has been called the last true Elizabethan.
He didn’t dance or joust, didn’t come from a noble family, or marry into one.

So how did an impoverished law student become a favourite of the queen, and Captain of the Guard?
The story which began with the best-selling Tudor trilogy follows Walter Raleigh from his first days at the Elizabethan Court to the end of the Tudor dynasty.

REVIEW
I think people underestimate how long it takes to write a book such as this – the enormous amount of research, the sheer graft of putting together a narrative that tells of a historical past in a dramatic way, but sticks to the facts. Tony Riches shows us not only Raleigh, but the whole Elizabethan era in his new book, Raleigh Tudor Adventurer. Raleigh, a rather disgruntled law student has to call upon his brother, a much higher-up courtier to get him on the ladder to success. The two brothers have not much love for each other and this is clearly drawn. We follow Raleigh through his exploits on board his ship Falcon, into his cramped cabin with space enough for books. For Raleigh is also a poet, and we see him earlier in the novel in the company of Burbage at the new theatre. Raleigh comes across as a man who wears many hats – not afraid of battle or bloodshed, or storms at sea, but also able to appreciate literature, and more importantly to  move in court circles. 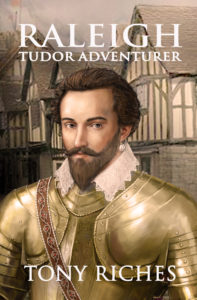 Life on board ship is contrasted with the stultified rituals of court life. Raleigh is famous for his dealings with Elizabeth at court, and in this book we meet many other interesting historical figures such as Francis Walsingham, Bess Throckmorton, Edmund Spenser, Robert Cecil,  to name only a few. In fact the cast in this book is enormous and its a credit to Tony Riches that he manages to keep them all individuals  with credible personalities.

Raleigh is a towering figure of his age and Riches has done him justice.

If you love the Elizabethan period, and have a thirst for a novel with a huge scope, you will love this book.

You can buy the book here mybook.to/Raleigh

or read it free with your subscription to Kindle Unlimited.

Tony Riches is a full-time UK author of best-selling historical fiction. He lives in Pembrokeshire, West Wales and is a specialist in the lives of the Tudors. He also runs the popular ‘Stories of the Tudors’ podcast, and posts book reviews, author interviews and guest posts at his blog, The Writing Desk. For more information about Tony’s books please visit his website www.tonyriches.com and find him on Twitter @tonyriches