New Release! The Sins of the Father by Annie Whitehead #Mercia #HistFic 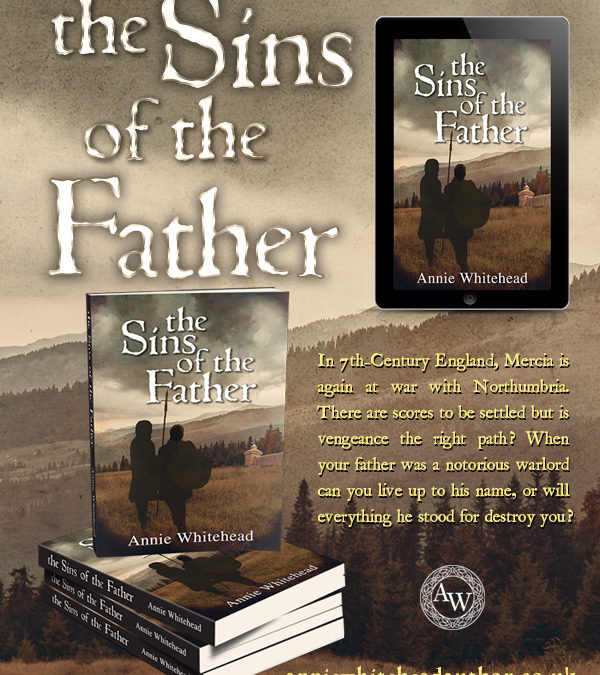 A father’s legacy can be a blessing or a curse…

The sons of Penda of Mercia have come of age. Ethelred, the youngest, recalls little of past wars while Wulf is determined to emulate their father, whose quest to avenge his betrayed kinswomen drew him to battle three successive Northumbrian kings.
Ecgfrith of Northumbria is more hostile towards the Mercians than his father was. His sister Ositha, thwarted in her marriage plans, seeks to make her mark in other ways, but can she, when called upon, do her brother’s murderous bidding?
Ethelred finds love with a woman who is not involved in the feud, but fate intervenes. Wulf’s actions against Northumbria mean Ethelred must choose duty over love, until he, like his father before him, has cause to avenge the women closest to him. Battle must once more be joined, but the price of victory will be high.
Can Ethelred stay true to his father’s values, end the feud, keep Mercia free, and find the path back to love?
This is the second of the two-book series, Tales of the Iclingas.

My Amazon Review of Cometh The Hour – first in series:

5.0 out of 5 stars Fantastically detailed account of life in early Britain

Reviewed in the United Kingdom on 27 February 2018

I know nothing about this period of British history, and was delighted to find this gripping book gave me a bird’s eye view of life in 7th century Mercia and Northumbria. Fortunately for the reader, the author has adapted some of the names to make them easier to read and remember, and the result was a fluid reading experience despite the complexity of the allegiances of the clans at the time.

The writing is visceral, describing bloodshed and battles, the clash of the old religion with the new Christian faith, and the effect of marriage and alliances between rival kings. This is a novel in the best tradition of sagas – you can’t help but feel for the characters, especially the women like Derwena, as they watch their men carve out their place in this hostile environment, where war is an ever present reality. Highly recommended. 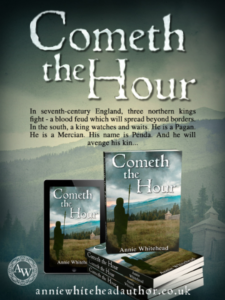 Buy the book
Contact Annie via her website: http://anniewhiteheadauthor.co.uk/
This is an unusual period and I found it fascinating. I already have Sins of the Father lined up on my kindle, and a review will be coming soon.Have any of you read any other novels set in this time? If so, do post them in the comments.
Spread the love