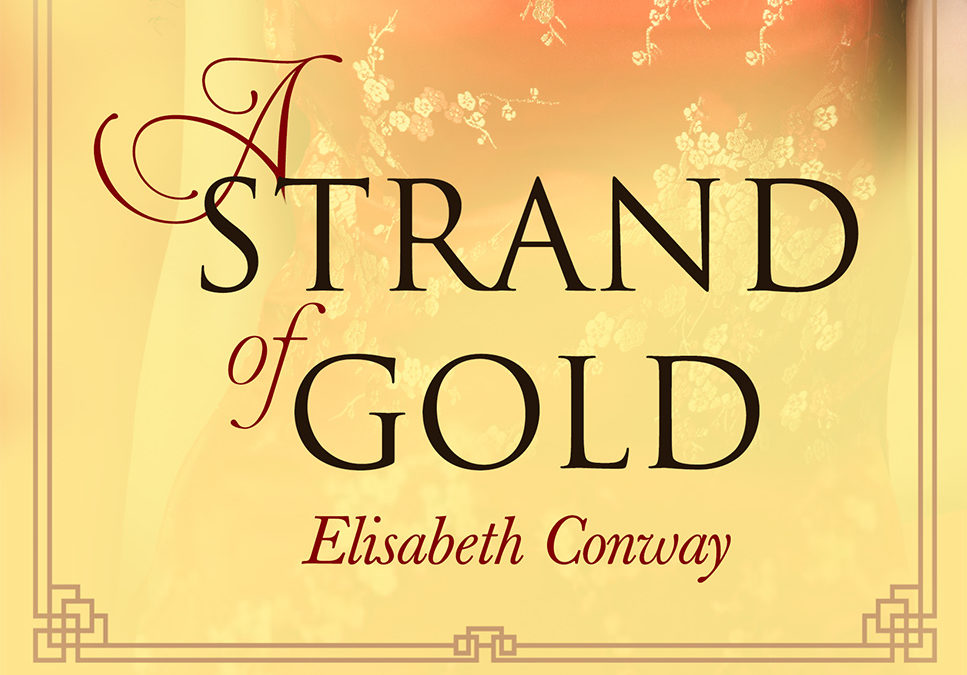 Singapore 1822: a place tainted by exploitation and dishonesty.

This is the world into which Chin Ming disappears, powerless to discover what happened to her missing father and unable to deliver his letter to Stamford Raffles, the founder of modern Singapore.

This story begins beside the harbour in Guangzhou, where Chin Ming is plotting to board a junk. On the same ship is Wing Yee, a high-class courtesan, anticipating a brighter future. During the voyage they form a friendship, but when they reach Singapore, they become embroiled in the attitudes and values of the times. They are subjected to the very worst of human nature in a male-dominated world. The opportunities they dreamt of in Singapore are shattered when they are imprisoned, firstly by a Chinese merchant, and then by a devious European trader.

In Elisabeth Conway’s A Strand of Gold we experience a world where slavery is tolerated, gambling and prostitution are rife, and all of this is set against a background of Raffles’ idealism and East India Company bureaucracy. 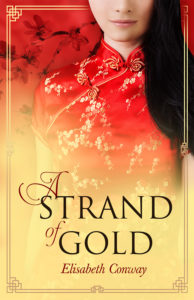 This is a novel firmly rooted in the historical truth of the times and features slavery, sexual exploitation and a society ravaged by corruption and misogyny. Having said that, this is not at all a depressing novel. Chin Ming is a very likeable heroine, one with courage and a determination to survive and find her lost father. The friendship between Chin Ming and the more worldly courtesan Wing Yee is sensitively drawn, and I liked both of these women and was rooting for their survival.

The real-life characters of Raffles and his adopted son Dick, are seamlessly woven into the narrative, and the reader learns a lot about how Singapore was planned and built, and about native customs, and the flora and fauna of the area. In this context Raffles is a somewhat naive idealist, who wants to expand his utopia, but we also see the grasping nature of trade which threatens his ideals. Trade with China in goods such as Opium affects all the dealings in Singapore, as does the Dutch stranglehold on trade.  Elisabeth Conway clearly has a great knowledge of Singapore and its history and its a pleasure to read a book featuring this unusual setting. For anyone interested in Asian culture and particularly the history of Singapore, this book is a rare treat and warmly recommended.

BUY THE BOOK EVERYWHERE ELSE

Watch and hear an extract https://www.youtube.com/watch?v=DeSyfwkp8ys

Find Elisabeth at her website where you can read more about the history of Singapore : https://elisabethconway.com/

A Strand of Gold is published by Atmosphere Press