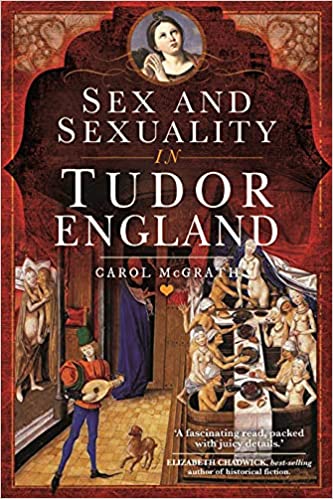 I’ve been looking forward to my guest, Carol McGrath enlightening me about Tudor language, and particularly the naughty words! 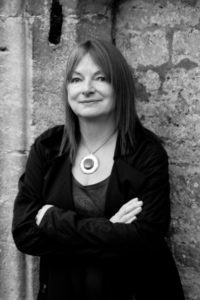 Carol McGrath is the author of the acclaimed She-Wolves Trilogy, which began with the hugely successful The Silken Rose and continues with the brand new The Damask Rose. She was born in Northern Ireland, and fell in love with historical fiction at a young age, reading  children’s classics and loving historical novels especially Henry Treece, The Children’s Crusade, and, as a teenager, Anya Seton’s Katherine and everything by Jean Plaidy. Visiting the Tower of London and Hampton Court Palace aged eleven was thrilling for her. Exploring Irish castles such as Carrickfergus introduced her to wonderful stories. At only nine years old an archaeological dig in Donegal was inspirational. Carol came away with a few ancient mammal teeth. While completing a degree in history, she became fascinated by the strong women who were silenced in records, and was inspired to start exploring their lives. Her first novel, The Handfasted Wife, was shortlisted for the Romantic Novelists’ Association Awards, and Mistress Cromwell was widely praised as a timely feminist retelling of Tudor court life. Her novels are known for their intricacy, depth of research and powerful stories.

What might have been said on the street in Tudor England?

Language on the street was, for example, less restrained than, say, that used in literature and poetry. Private manuscripts were often openly sexual in terminology. There is talk of shameful sex in these writings such as weak women ‘giving way’ and of women having ‘no ability to control themselves when faced with male desire’. Society actually believed both sexes gained pleasure from sex and thought an orgasm was essential for a woman to conceive. Society considered that sexual misbehaviour was worse when committed by women than by men. Whilst a man could boast about his powers and his sexual appetite, a woman had to find extenuating circumstances to downplay her choice of actions. A list of sexual insults used in everyday street talk by Tudors includes the words whore, harlot, knave and bawd, which were often used in an aggressive manner. Smell-socks was a term to make fun of one who might sniff a woman’s underwear. Euphemisms for sex included ‘bedsport’, ‘tilling the fields of Venus’, or ‘nice play’ to suggest male and female enthusiasm. Ballads and jokes included a range of slang terms such as ‘pie’, ‘secret parts’, ‘corner’, ‘plum’, ‘hole’ or ‘pond’ for the vagina, and ‘shaft’, ‘pride’, ‘tool’, ‘cock’, ‘prick and ‘horn’ for the penis. Prostitutes were whores, harlots, trulls, jills, drabs, and geese or mackerel. ‘To make a fist’ was a term meaning to masturbate as well as throwing a punch. Here is a further selection of naughty terms that existed in Tudor times.

Assail/assault: laying siege to a body’s chastity. Bawdry: is dirty talk or behaviour and the bawdy-house is the whore house. Bone-ache: pain due to a venereal disease or the disease itself. Cliff: take her cliff is slang for female parts such as clef. Cock: actually also a substitute for God. ‘Cock’s passion’ in Taming of the Shrew, IV. i. 118. 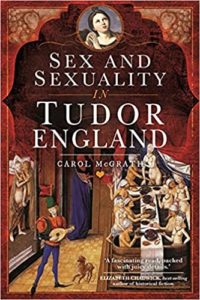 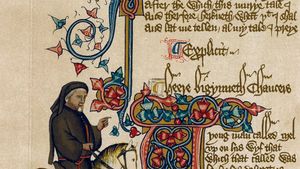 During medieval and Tudor times, street names in towns reflected the work done there. For example, Love Lane may reflect a euphemism for prostitution occurring there. London’s Love Lane was formerly Roper Lane, so named for the rope making business or after someone with the surname ‘Roper’. Lovat Street was thought a corruption of Lucas, a local landowner, but it was formerly Love Lane and was changed to avoid confusion with London’s other Love Lane. Stew Lane was named after the former stew or hot steamy bath that existed on premises there. Grope or Cunt Lane was common in towns. The meaning of the word grope was to clasp hands or grab. It has not significantly changed its meaning to this day. Grope Lanes can be found in many English towns of the era such as Norwich, Bristol, York, Shrewsbury, Whitby, Wells, Newcastle and others. These lanes were narrow, dark alleys or passageways rather than actual streets. They were usually close to a town’s commercial centre, close to market places, high streets or public quays, or near churches. This raises the question: did travellers and clergy as well as perhaps parishioners routinely resort to prostitutes? Oxford’s Cocks Lane appears to be a place of illicit sex. In Piers Plowman by William Langland there is a reference to ‘Clarisse of Cokkes Lane.’

Like many other towns of the era, Cambridge hosted traditional fairs. The Stourbridge Fair lasted for a full month and sold luxury and everyday items. However, behind the tempting booths, one might discover equally appealing purpose-built bedrooms. During the fair streets would assume temporary names. One such street was named Oyster Row. Either oysters could be purchased there or sex, or, enticingly, both: ‘they (hawkers) mingled with the poorest of the fair’s customers and the rag-tag assortment of beggars, petty thieves and prostitutes also hoping to make their way.’ The Cambridge Stourbridge Fair attracted many sex workers during the early 1500s and prostitutes would move between fairs. Perhaps the next time you are in one of the above mentioned cities you might keep an eye out for sexually explicit names reaching back centuries and indicative of places where, during the sixteenth century, a needy man, priest or youth might seek sex. Next time you watch a Shakespeare play do consider the saucy language he used – commonplace in Tudor society – as euphemism or when punning, explicitly sexual and very often sexist to our twenty-first century, liberated ears but also titillating and very entertaining.

SEX AND SEXUALITY IN TUDOR ENGLAND

The Tudor period has long gripped our imaginations. Because we have consumed so many costume dramas on TV and film, read so many histories, factual or romanticised, we think we know how this society operated. We know they ‘did’ romance but how did they do sex? In this affectionate, informative and fascinating look at sex and sexuality in Tudor times, author Carol McGrath peeks beneath the bedsheets of late fifteenth- and early sixteenth-century England to offer a genuine understanding of the romantic and sexual habits of our Tudor ancestors. Find out the truth about ‘swiving’, ‘bawds’, ‘shaking the sheets’ and ‘the deed of darkness’. Discover the infamous indiscretions and scandals, feast day rituals, the Southwark Stews, and even city streets whose names indicated their use for sexual pleasure. Explore Tudor fashion: the codpiece, slashed hose and doublets, women’s layered dressing with partlets, overgowns and stomachers laced tightly in place. What was the Church view on morality, witchcraft and the female body? On which days could married couples indulge in sex and why? How were same sex relationships perceived? How common was adultery? How did they deal with contraception and how did Tudors attempt to cure venereal disease? And how did people bend and ignore all these rules?