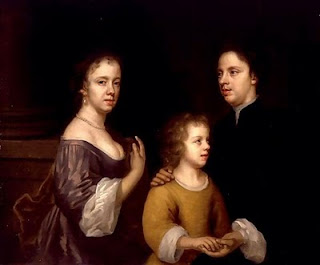 ‘Unlike other painters of that era, she tried to understand her sitters, rather than glorifying them. She didn’t claim to be extraordinary, but she was. She never claimed to be the first woman to make a living by her brush, but she was.”

This is how Germaine Greer described Mary Beale, speaking at the dedication of a memorial tablet for her at St James’s Church London, where she is interred.

I first became interested in Mary Beale when researching for my book The Lady’s Slipper, which is about a woman artist of the same period. My interest was aroused by Germaine Greer’s other comment about Mary Beale, which was that ‘she wasn’t interested in flattering the nabobs and potentates who surrounded the court.’ This made me think Mary must have been an independent spirit ahead of her time, and made me curious about this 17th century woman who had broken into the male-dominated world of portraiture. 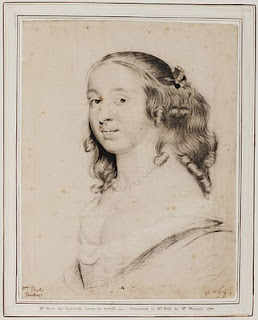 Mary had two extraordinary relationships in her life, the first with her father and the second with her husband. Mary was the daughter of John Cradock, a puritan rector from Suffolk. Her mother, Dorothy, died when she was only ten, so she was heavily influenced by her father John, who was an amateur painter, and member of the Painter Stainer’s company.

Through her father she became acquainted with local artists, such as Matthew Snelling, Robert Walker and Peter Lely, so it was understandable that she should develop an interest in painting herself. Her first attempts were of religious subjects as you would expect from someone brought up by a rector, but later she brought a new style of intimacy to her commissions. And looking at her portraits, a great sense of the personality of the sitter is apparent, particularly in her loving portrait of her husband, Charles, who she married in 1652 at the age of eighteen. 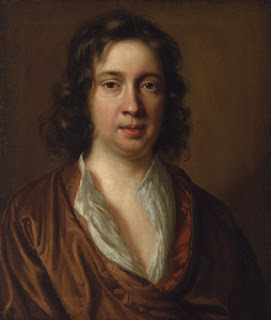 Some might describe Charles as a “new man”, as he gave up his previous occupation in the respectable Patents Office to join her in her studio to prepare her canvases and mix her paints. He experimented with pigments and became an expert in the field, sometimes selling his ideas from his “tryalls” to other artists. His experiments bordered on the alchemical, and it is clear from his notebooks that it was interest not necessity that made Mary and Charles such a good partnership.

As Mary became a semi-professional portrait painter in the 1650s and 1660s, working from home, first in Covent Garden and later in Fleet Street, Charles would write up detailed notebooks in which he customarily referred to his wife as ‘Dearest Heart’ and described the sittings, the sitters and his own technical discoveries. Sadly the majority of his notes have been lost, but those for the years 1677 and 1681 survive in the archives of the Bodleian Library at Oxford and the National Portrait Gallery. His notebook of 1677 tells us Mary painted a staggering 83 commissions, bringing in earnings of £429. 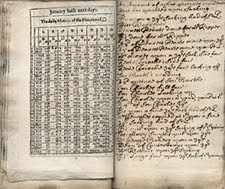 Charles Beale diary and notebook, interleaved with a copy of Merlini Anglici Ephemeris by William Lilly (London: Printed by J. Macock for the Company of Stationers, 1681). Comprises notes and accounts relating to the daily operations of his wife’s painting studio including names of sitters. )

During the 1660s, when the plague ravaged London, Mary fled out of the city to the safety of Allbrook Farmhouse, Hampshire, a rare example of local vernacular architecture. Allbrook Farmhouse is unique as the only known surviving artists’ studio from the 17th century in Britain. Mary had two sons, Bartholomew (known as ‘Bat’) and Charles,who assisted in the studio and later became painters in their own right. 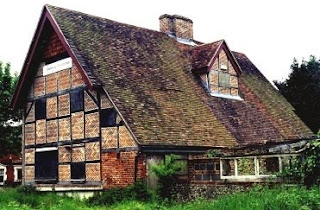 Little is currently known of the portraits painted by Mary Beale before her move to Allbrook, but by the time she returned to London, her income from her art was sufficient to afford a large house in Pall Mall, and here her thriving portraiture studio was established. It is clear, therefore, that Mary’s time at Allbrook was a turning point in her career.

Unfortunately for Mary, fashions in portraiture change and following Lely’s death in 1680, the baroque style of portraiture for which she was known fell from favour. Charles’ 1681 notebook refers to the family’s reduced circumstances: ‘We had but only 2s 6d [about 12 pence] left us in the house against Easter,’ he writes.

Mary Beale’s work now hangs in public and private collections all over the world, including the National Portrait Gallery, Tate Britain and the Geffrye Museum in London. More detailed information about Mary Beale can be found through the Geffrye Museum.

Mary was extremely prolific and her body of work includes many formal portraits of the great and the good, though I have to say I find the self-portraits and those of her family, servants and closest friends more fascinating and revealing. Mary Beale worked until her death in 1699, at the age of 66, and leaves a lasting legacy as the first woman artist to make her living from painting.

I write about another 17th Century artist in ‘The Lady’s Slipper.’ Alice Ibbetson paints flowers though, not portraits, and her urge to capture The Lady’s Slipper orchid in paint leads her on a journey she could never have imagined.
Pictures in this article from Wiki.
This blog post is reblogged from Hoydens and Firebrands
Spread the love