Historical Fiction Recommendations – ‘THE PROPHET’ and ‘ALVAR THE KINGMAKER’ 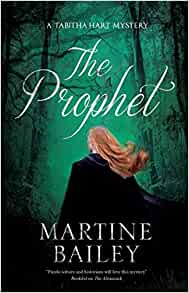 Science, religion and superstition clash in this intelligent murder mystery

I read the first book in the Tabitha Hart series, The Almanack, and was really keen to read the second. And I’m pleased to say I loved this intricate murder mystery, with its potent dose of superstition, folklore and religion.

Tabitha and Nat’s world is turned upside down with the arrival of Baptist Gunn, a cultish leader of a new religion. Tabitha is still attached to the local charms for helping women in childbirth, and to her perception of the natural world and the signs it tells her about her life. On the other hand, her husband Nat, a member of the scientific Cestrian Natural Philosophy Society, is determined to test the prophecies of Baptist Gunn against his evidential criteria to increase his standing as a man of science.

When a young woman is murdered under the old oak, close to where Baptist Gunn has his camp, some think the preacher has  something to do with it, others that he is entirely innocent. What is the truth? Tabitha is determined to find out. But little does she know, her husband is hiding something from her and all her enquiries lead her closer to his uncomfortable secret. At the same time Baptist Gunn is determined to draw Tabitha and her unborn child closer into his claustrophobic cult.

This is a satisfyingly deep read with questions to ask on multiple levels about how we make sense of the world. It also has a few surprising twists at the end which the reader might not see coming, and this adds extra enjoyment to what is already a great read. A fabulous brew of sin and science, predictions and superstitions, with a murder mystery at its heart. You won’t be able to put it down. Buy the book 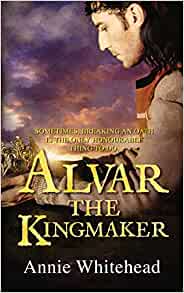 A beautifully-written saga of betrayal and allegiance in 10th Century England.

Annie Whitehead has a fantastic way with words that enables you to get right inside the era, and you are immediately immersed in the world of early Christianity and the battle to preserve kingship from page one. I appreciated the fact that names had been subtly changed to enable the narrative to flow more easily, and that there was a glossary to explain this at the outset. The novel is so well-researched that you believe in it without question.

Alvar must defend a weak King, who seems to care nothing for his country, against the powerful forces that want to overturn his kingship, and later his line. Alvar is a strong character and has hard decisions to make both in his political position and personally.  He has romantic associations with two different women; Alfreda the English Queen and Kata the Danish wife of Helmstan, Alvar’s chief supporter and ally. Neither love interest is going to be an easy journey. I won’t spoil it by telling more!

On this journey we are taken into the firelight of mead halls, the fury of welsh battlefields, chilly stone cathedrals and the opulence of the king’s chambers. All the time we are reminded how close death lurks in these early times, whether from disease, fire, battle, or backstabbing.

Alvar himself comes across as a real person. Annie Whithead has revived him from the dusty history books and made him live. I actually thought I was there, travelling with him, and the ending will move you to tears. Very highly recommended. Buy the book