Historical Fiction – Info-dumps and how to ditch them #amwriting #HistFic 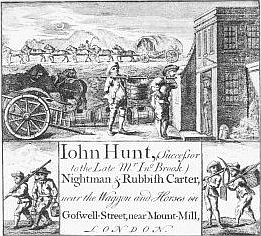 Readers of historical fiction love complex world-building, but only when it is integral to the story.

How do I tell if I’ve written an info-dump?

Nothing within the info dump is occurring in the actual moment of the scene. Often they are regurgitations of the past (back story) or they convey historical facts about the characters or era. Readers want to be immersed in the story. They want to feel like they are right there with the character as the characters drive the narrative. Info dumps also lack emotional impact as they tend to be information-heavy, and so they often fail to make connection with the reader.

Q.Is anything I’ve written in this paragraph happening right now

The most common things to info-dump in historical novels are:

*Character back story – what they did before the story began.

*Character front story— what they intend do in the future (unless it’s an active threat, or plot-driving intention).

*Rules, rituals or laws of a city/country/culture

*’How to’ paragraphs: explanations of how to load a gun, victual a ship, shoe a horse, (unless it is in the moment)

*Personality summaries – eg  ‘John was a…’ Readers want to discover these traits for themselves through the characters’ actions and speech.

Q. Does it matter to the story?

A.Well, the story wouldn’t be as rich without all this detail.

Q. How much detail do you really need?

How to insert information skilfully:

Brevity. One sentence, you can usually get away with.

Sprinkle. Tell the minimum amount people need to know and sprinkle it through a scene.

Dialogue: Unless the character is unfamiliar with his own world, they will never have to explain it to anyone. (Let alone the reader). Use dialogue only between a person who needs to know the information and the character who needs to tell it.

Character attitude. Use it as a person’s opinion. “Red suits my colouring. I hate the foolish sumptuary law that stops me having a gown the same colour as hers.”

Integration. Fit it into the scene as much as possible and align it to something that is happening NOW.

A separate extract. Careful here, but a distinct change to a newspaper article, letter, extract of a diary could be used for this purpose.

Of course these are not hard and fast rules; if you’re using a characterful omniscient POV, or a first person POV with attitude, you can get away with giving us a fair amount of information, or if your tone is supposed to be amusing, such as in Markus Zusak’s The Book Thief, below:

Here is a small fact: You are going to die. I am in all truthfulness attempting to be cheerful about this whole topic, though most people find themselves hindered in believing me, no matter my protestations. Please trust me.

Gong farmer  – a term that entered use in Tudor and early Modern England to describe someone who dug out and removed human waste and excrement from privies and latrines. The word “gong” was used for both the privy itself and the crap (!) that was in it. Work like this was deemed unclean in polite society and so they were only allowed to work at night. The waste they collected was also known as night soil, and they were often also referred to as nightsoil men.