Extract from The Admiral’s Wife by MK Tod #CoffeePotBookClub #HistoricalFiction 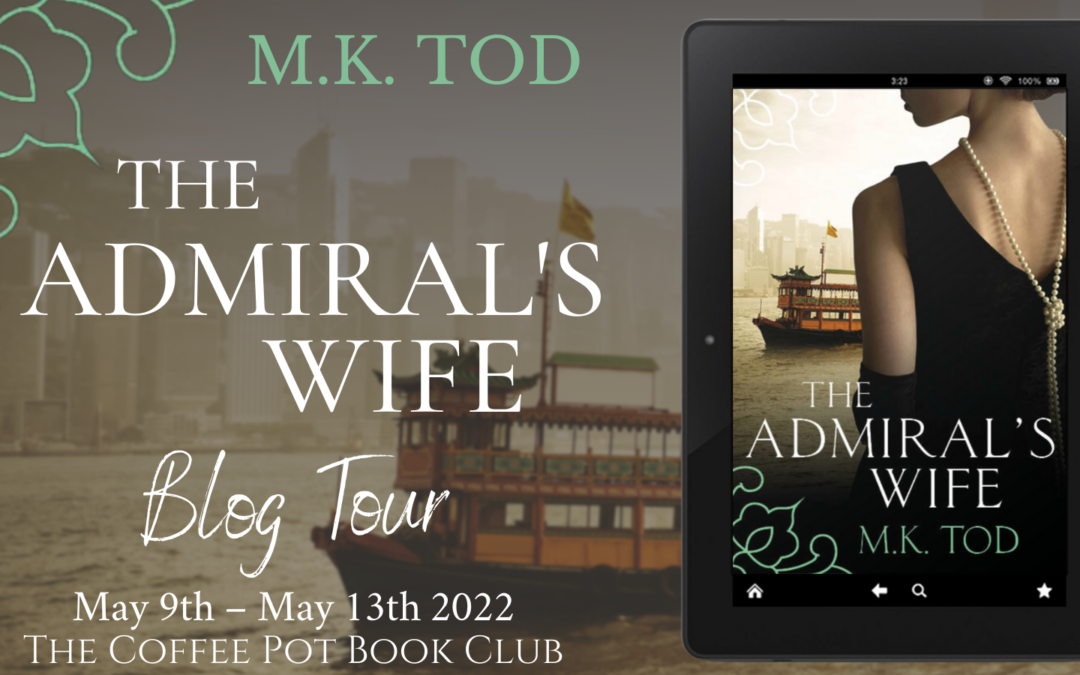 The lives of two women living in Hong Kong more than a century apart are unexpectedly linked by forbidden love and financial scandal.

In 2016, Patricia Findlay leaves a high-powered career to move to Hong Kong, where she hopes to rekindle the bonds of family and embrace the city of her ancestors. Instead, she is overwhelmed by feelings of displacement and depression. To make matters worse, her father, CEO of the family bank, insists that Patricia’s duty is to produce an heir, even though she has suffered three miscarriages.

In 1912, when Isabel Taylor moves to Hong Kong with her husband, Henry, and their young daughter, she struggles to find her place in such a different world and to meet the demands of being the admiral’s wife. At a reception hosted by the governor of Hong Kong, she meets Li Tao-Kai, an influential member of the Chinese community and a man she met a decade earlier when he was a student at Cambridge.

As the story unfolds, each woman must consider where her loyalties lie and what she is prepared to risk for love

At 6:00 p.m., Kennedy Road was still crowded along the winding section that cut across Victoria Peak. Hong Kong’s ubiquitous red taxis dodged from lane to lane as they ferried commuters from offices in Sheung Wan, Central, and Wan Chai to apartment buildings that crammed the hillside like an invading army. Patricia stared out the tinted windows of their limousine, idly reading the names mounted on each grand entrance gate: Camelot Heights, Wing Wai Court, Amber Garden, Bamboo Grove.

“Come on, sweetheart. That was more than a week ago. Just ignore him and find a job on your own.” He squeezed her hand. “What’s happened to my strong, capable wife? The woman who could handle tough negotiations with people who had twice as much experience.”

Patricia flashed him a little smile. “You’re right,” she said. “But the whole thing still pisses me off.”

Her husband rubbed the red stubble on his face, a sign that he was weighing his next words. “Should we return to New York?” he asked.

She pushed a strand of long black hair behind one ear. “No, no, no. We can’t go back to the U.S. My father would have a fit. So would my mother. But I’m going nuts with nothing to do.”

During the first three or four months in Hong Kong, Patricia had spent her days organizing their spacious apartment, exploring the city, spending time with her family, and indulging in what she thought of as frivolous pursuits like shopping and weekly pedicures. She had also played tennis, learned mahjong, taken up qigong, and made a few friends. After almost twenty years of working in a demanding career, she’d considered this interlude a well-deserved rest.

Depression had come on unexpectedly. The first sign was difficulty getting out of bed in the morning. General fatigue and irritability had followed, and there were days when she just couldn’t focus. Andrew had encouraged her to go to the doctor. Doctor Leung, her mother’s GP, had prescribed pills but after less than a month Patricia had stopped taking the medication. At the same time, she’d resolved to get back to work.

“I know it’s been difficult,” Andrew said. He took her hand again and ran his thumb across her fingers. “You’ll find something. But please don’t antagonize your father tonight. I’m finally making headway at the bank. I think he’s even beginning to appreciate my skills, which is an improvement over resenting me. If he believes he can trust me, there could be more opportunity here than back home. And more money. I have to think of the kids.”

“I wish we could see them,” she said. Sadness surged across her chest.

“So do I. Very much. But they’ll be here for Christmas.”

Andrew’s ex-wife had primary custody of his two children. When Patricia and Andrew lived in New York, Steven and Emma had spent every other weekend with them, but now that they were in Hong Kong, visits could only be scheduled during summer holidays, spring break, and Christmas, unless business took Andrew to the U.S. After agonizing over the decision, she and Andrew had agreed to restrict their relocation to three years. They both missed his children terribly, a sacrifice made more acute by her inability to carry a baby to term.

Patricia looked at her husband, whose pale blue eyes were bloodshot from a string of late nights. She was being unreasonable but couldn’t help herself. Situations that she would have dismissed as trivial when they lived in New York had become major sources of discontent and angst.

“If I had a job . . .” Her voice trailed off. They’d been round and round the topic all week. Andrew was becoming exasperated.

“Well, given your father’s reaction, you should probably wait a while before raising that topic again.” Andrew withdrew his hand and fingered the crease of his dark gray pants. “What about looking outside banking? You’re a great project manager.”

“Maybe,” Patricia said. “But so far, every possibility I’ve found requires Asian experience and fluency in Cantonese or Mandarin.” She sighed. “Dammit. Why does he always make things so difficult?”

“To tell you the truth, I have no idea. Probably because he can. I admire many of your father’s tactics. But I don’t like the way he treats people, especially you.” Andrew’s voice was gentler than before. “Aren’t you seeing someone about that board position?”

“Mm-hmm. Arthur Chung said it’s mine if I want it.” She linked her fingers with Andrew’s. “We’re meeting Friday afternoon for a briefing on the role he wants me to play. I’m sure he only asked me to get a donation from Ah Ba, but it could be interesting.”

Their driver merged the Mercedes onto Queen’s Road East, past hotels and schools along with a Sikh temple and remnants of air-raid tunnels built during the Second World War. Traffic was at a standstill.

“Well, make the best of it for now,” he said. “I’m sure things will get better.”

Patricia knew her husband was trying to be helpful, but his remark felt patronizing. She hated being patronized. Unlike many of her male colleagues who had underestimated her abilities, Andrew had treated her as an equal from the day they’d met. Had their new circumstances changed his perspective? Was she only his equal when they were both working?

After she’d told him about the conversation with her father, Andrew had asked why she’d allowed her parents to persuade her to live in a place that had never been her home. Patricia hadn’t replied. And ever since, the question had hovered, unsettling in its stark clarity.

She loved her parents, despite their idiosyncrasies and traditional ways. And they loved her. Of that she was certain. Eighteen months earlier, when she and Andrew still lived in New York, her mother had ended a lengthy argument about Patricia’s duty to her family by saying, “We’ll be dead soon and then you’ll be sorry you never came back.”

That conversation had been the tipping point. After much debate, Andrew had agreed to try living in Hong Kong. They’d also agreed that if it didn’t work out, they would return to New York. Ever since, she’d felt displaced, torn between Andrew’s world and the Chinese world of her parents. Her husband expected a modern businesswoman with Western values; her parents expected a dutiful Chinese daughter. The two were irreconcilable.

“I wonder when this place is going to feel like home,” Patricia said.

“Yes, I know,” she said. “I’m the one who wanted to move here. I’m just a little out of sorts. But don’t worry. I’ll make nice with my father. You should know, though, that I’m not going to put up with him telling me what to do any longer.” 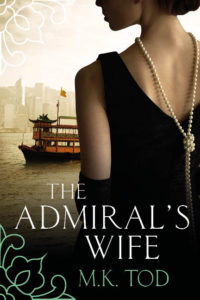