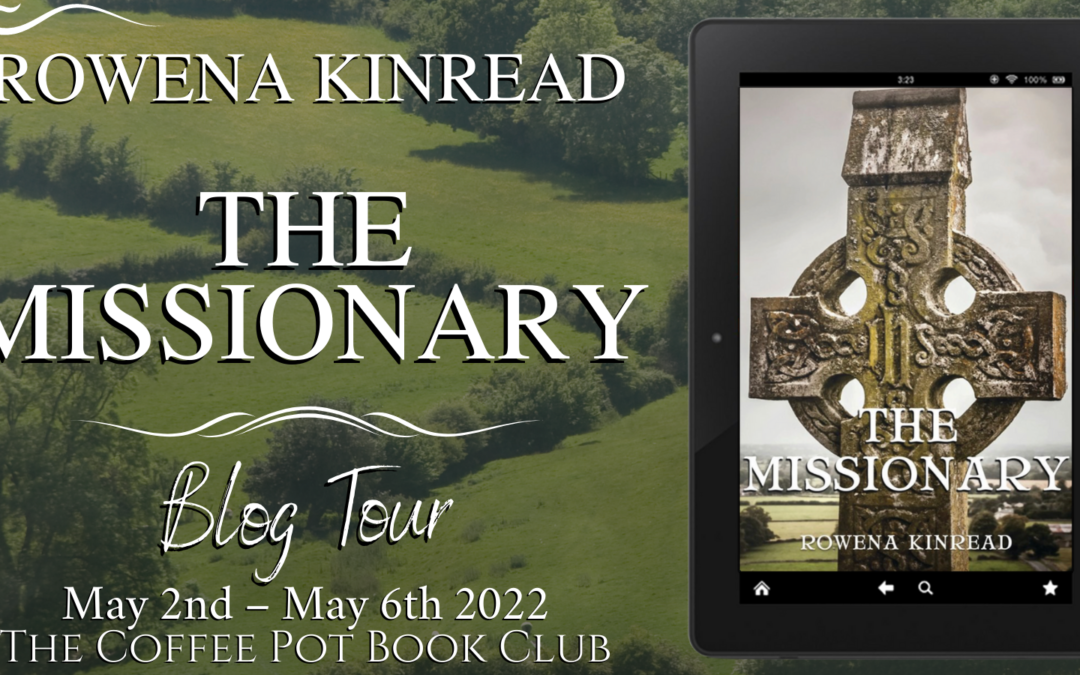 Read this atmospheric extract from The Missionary by Rowena Kinread

They trudged on at a steady pace for several hours. Patricius’ initial optimism died rapidly. He had blisters on his toes and heels. The iron shackles had scoured the skin around his ankles, and they were so sore that every step was torture. The goats were no longer patiently obedient but kept stubbornly stopping and trying to munch grass or chomp leaves. Each time they did so, the underking bellowed and let his whip crack. Sometimes the tip nicked Patricius’ back painfully. The track had become narrow in many places where brambles had engulfed the passage, and Patricius’ arms and legs were covered in bloody scratches. They hadn’t passed a single house, farm, village or town. Nor had they seen a single person. When the midges started descending and dusk approached, the light was so poor that Patricius stumbled again and again over tree roots on the ground, scrubbing his knees and nearly losing the goats. The mosquitos began to attack his body, sticky with sweat, and although he tried to wipe them away with his free hand, they feasted upon him, causing swollen red bumps that itched irritably.

The moon had already started to rise in the sky as they emerged from the forest. They entered a glen with rolling hills, and at its base, a small lough. Here they stopped and pitched camp. Orders were shouted back and forth.

The livestock were led to the lakeside to drink and then tethered to trees and fed. Wood was collected and a fire lit. A huge iron pot was suspended on three poles over the fire. The servants boiled water in it and added chunks of meat and vegetables.

Patricius and Domi pointed to their shackles and, motioning with their hands, begged a servant for them to be removed. The servant pointed to the underking, said “Miliucc,” and shook his head.

In the meantime, the underking, Miliucc, had made himself comfortable. He sat on sheepskins, leant his back against a wheel of the wooden cart, and was drinking beer and stroking his dog. He was still wearing his fox stole. When the food was ready, it was brought to him with a loaf of bread. He ate noisily, dipping bread into the stew and slurping. Patricius’ stomach rumbled. He had had nothing to eat all day. Miliucc took his time. When he was eventually satisfied, he fished chunks of meat out of the soup with his grubby fingers and fed them to his dog. She gobbled them up greedily, licking his fingers, whilst Domi, Patricius and the servants watched. Not until she had finished did Miliucc gesture to the servants to take the pot away. The servants fell over the food hungrily, not letting the slaves anywhere near it. Only when they too were finished, were Patricius and Domi allowed to mop up the dregs with a bread crust. Then together, still hungry, Patricius and Domi limped to the lake, washed themselves and cleansed their wounds.

Back at the camp, Patricius used his teeth to rip strips of fabric from his tunic and bandage his ankles, hands and feet. His head was still aching from the blow he had received, and his teeth started to chatter. He edged as near to the fire as he dared, curled up and listened to the leaves rustling in the breeze. Far in the distance, he heard wolves howling, and a grey heron screeched as it flew away from the edge of the lough. He had never felt so afraid and lonely in his entire life. 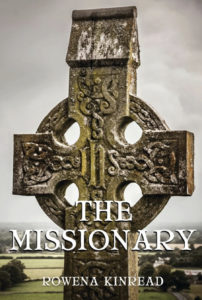 My Review of The Missionary

This novel fictionalizes the life of St Patrick. It begins in 406 AD when life in Britain is unstable and the formerly Roman lands were subject to invasions by warring tribes. It is a brutal time and one where civilisation meant the keeping of slaves and commonly, the use of women as chattels. In a violent invasion, Patricius is captured and taken as a slave by the Gauls in Hibernia. His horrendous experiences there lead him to want to return later in life and bring the Christian faith of goodness and mercy to their land.

The novel is extremely well researched and well written, with excellent descriptions of ancient Ireland and its way of life. It leads you to consider the idea of magic and miracle in religion, and how these things were used to convert people to God (s). Both genuine experience and trickery can be seen at work in this novel, not least when Patricius must defeat the Druids at their own brand of magic.

Patricius himself is deeply flawed, and an explanation for this choice is made at the end of the book. He has his good points too, a deep love for animals, and a willingness to try to atone for this appalling sin that haunts him. The novel covers his whole life and is a great introduction for anyone who knows little about him. Clear notes explain what is fact and what is fiction.

I recommend this book to all who are interested in Roman, Irish or Christian history, and are prepared to set aside their preconceptions about what a Saint should look like. Thoroughly worth reading. 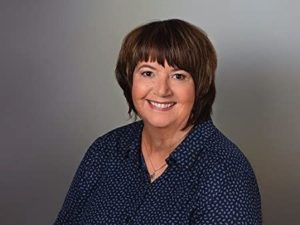 Rowena Kinread grew up in Ripon, Yorkshire. After leaving school she started working for Lufthansa in Stuttgart. There she met her future husband whom she married in Ripon. After raising 3 children, she began working as a secretary in a private physiotherapy practice. At the same time, she started writing non-fiction books and magazine articles. Retirement finally brought the financial security to start writing full length fiction. A keen interest in history and her own family ancestry inspired her debut novel “The Missionary”, the dramatic story about the life of St.Patrick.  A second book “The Scots of Dalriada” will be published this year. Rowena says that she welcomed retirement and all its wonderful opportunities to launch a third career.