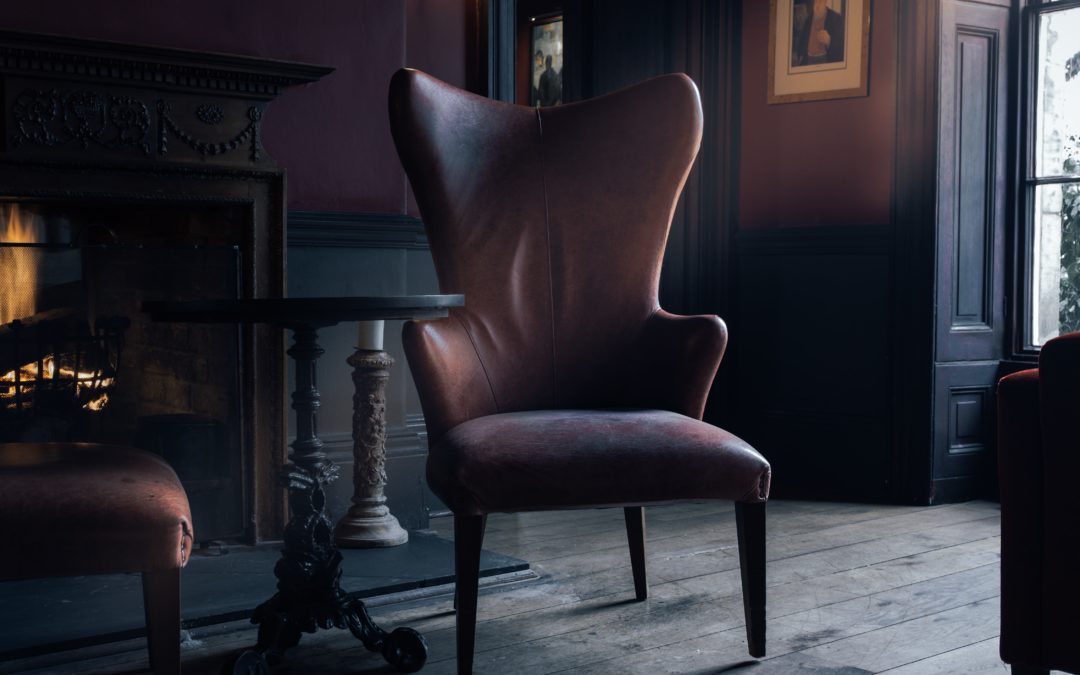 I’ve just been reading a historical novel set back in Tudor times. And I was taken with the fact that often my imagination was held up by unnecessary words. These are words that don’t earn their keep and merely make the prose more verbose. Often these are words about the materials used in the past to make something. Of course they make the book sound ‘historical’ but do they really add anything?

Here are the main culprits. These are not quotations from the book I was reading, but examples, to show you what I mean.

‘In the Golden Hind tavern he pulled out a wooden chair and sat down, pulling his earthenware cup towards him.’

So, chairs are usually wooden. If it was made of metal, or upholstered in velvet, or painted bright red, then it might be worth noting. Otherwise, its just unnecessary clutter. Do we need ‘earthenware’ for the cup? Well, I suppose it could be horn, or pewter or gold so perhaps that is a more necessary word. But still, unless it directly impacts the scene, its probably unconscious padding by the author to make it seem ‘historical’.

Want some specific chairs for your book? More about chairs https://antiques.lovetoknow.com/Antique_Chair_Styles

Doorknockers and hinges and prison bars are usually iron. Telling the reader what they are made of makes it appear as if the writer is trying too hard to spell everything out. The adjective interferes with the directness of the action, and holds us up whilst we try to imagine something that, in fact, we are already imagining.

Want a specific knocker for your book? Photos of iron door knockers that might inspire you https://www.oliverelliott.org/article/miscellaneous/knockers_pics/ 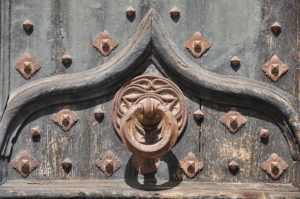 Girona. Cathedral church of Saint Mary. Portal of the apostles. Wooden door with its door knocker and iron decorative nails.1739

‘She tied a linen apron around her waist and began to scrub.’  ‘Her linen petticoats flapped around her ankles as she ran.’

Linen is just too easy. It’s a word designed to simply denote ‘history’. It is probably unnecessary. But much better choices could be made if its important for the reader to know what the apron or petticoats are made of.  If poor, an apron could be sacking or hemp, or calico.  if rich, petticoats could be starched or sateen or lace-edged. But again, does the description interfere with the action?

Want some language around linen? The Story of Linen – Retting and Rippling https://englishhistoryauthors.blogspot.com/2014/04/retting-and-rippling-story-of-linen.html 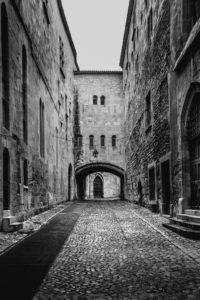 Photo by James Kemp on Unsplash

‘He pursued him down the cobbled alleyway towards the docks.’  Every novel I read that is set in the past seems to have these generic cobbled streets — from Tudor times right up until the end of the Victorian era —  so adding the word ‘cobbled’ adds little to the reader’s understanding of the particular past that they are inhabiting. Readers expect streets in the past to be cobbled. In fact in later eras most of what people call cobbled roads were paved with granite ‘setts’.

I’m not suggesting you should use ‘setts’ as it’s an unfamiliar word to most people, and would cause the reader to stop and ponder instead of getting on with the story. Usually, the road surface is irrelevant unless the person is going to skid on it, trip over it, or hear the rumble of wheels on it as the cart goes by.

Here is an interesting article on those cobbles. http://graceelliot-author.blogspot.com/2015/05/the-cobbled-streets-of-victorian-london.html

Which brings me to ‘cart’ — another of those generic words! Bonus points for suggesting alternative more particular words.

When editing, I try to weed out as many of these what I call ‘historicisms’ as possible, and either cut them or replace with something more specific and relevant. The great enemy of any historical novel is vague generality. As a reader I want to be transported to somewhere vivid and memorable.