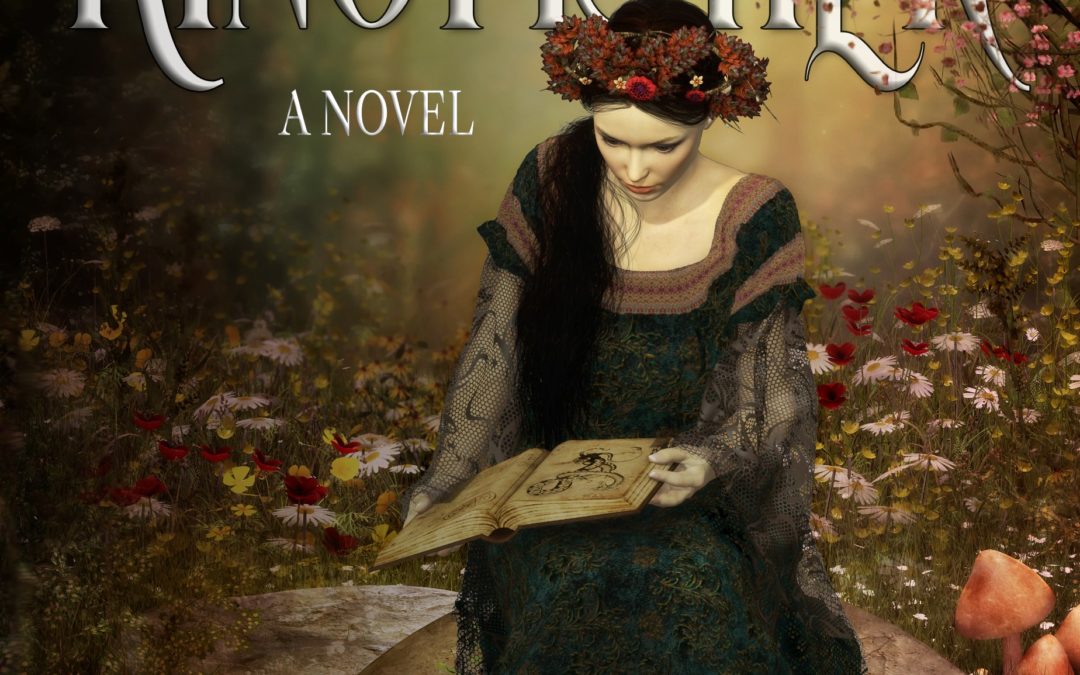 Welcome to D K Marley, who is giving us an insight into the fascinating historical background to her novel, Kingfisher.

The Disappearance of the Halcyon Days – Camelot and the Victorian Era

There are two definitions of the word halcyon. First, as an adjective denoting a period of time in the past that was idyllically happy and peaceful; second, as a noun it is the name of a mythical bird, a kingfisher, said by ancient writers to breed in a nest floating at sea during the winter solstice, charming the wind and waves into calm. Both definitions play a key role in the development of my novel “Kingfisher” and relate to two time periods lost in history and considered by many to be halcyon days.

Vala Penrys, my main character, is born in 1886 at the height of the idyllic days of Queen Victoria when the wealth and power of Great Britian as an Empire stretched across the globe, bringing an age of enlightenment and ‘innocence’ to faraway lands such as India, the West Indies, and Africa. At least this was the goal behind many of the political agendas formed by those in government during that time period, Great Britian’s agenda often at the sacrifice of what those lands wanted for their own people.

Part of the reason for the supposed halcyon days of Victorian England is fixed in the idea of the moral climate. Often viewed as quite dour and non-indulgent, there was a zero tolerance towards promiscuity and criminality, the ‘stiff-upper-lip’ persona; and yet, this was the age when the ideas of chivalry took root in Victorian-era art and when writings such as “The Idylls of the King” and “The Mabinogion’ created a fascination with the legends of Camelot, of courtly love, and the romantic notions of a golden Kingdom matching that of Victoria’s.

Vala’s household is one immersed in these ideals, the resplendent representation of a perfect Victorian family – father, mother, and five girls with a country home in Wales, a home in London with a respectable Knightsbridge address, servants to care for their comforts, fine dresses, and the spectacular London Seasons filled with presentations at court, balls, and parties, all with the goal of snatching a titled gentleman with a good income and social standing. 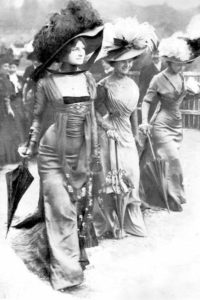 As with most families of the upper class, they lived in a world set apart from the realities of the middle class and poor – a dream world of comfort, and yet a world of stark inequality. A world where men had the freedom to select a profession of their choosing and were viewed as creatures of ambition, liberty, enterprise, reason, and aggression; and yes, sexual morality was a different standard for men versus women. Women were expected to marry (hopefully, well), be submissive, provide heirs, and keep the estate and servants under her care. Even a hint of scandal upon a woman’s name in regards to morals could render her an outcast for the rest of her life. It was not that way with men. Women were property, and only men were granted the right of divorce due to infidelity. This vein of the ‘secret life’ of many influential and political men of the time plays out in the story, showing a contrast between the Victorian days and the days of King Arthur that the Victorians admired.

When you travel back to Arthur’s day, generally regarded as between the 3rd and 4th century, the days of Uther Pendragon, the legend tells of different halcyon days, ones where women held a special position in relation to the myths and stories of Avalon. The priestesses of the sacred isle were the ones revered as creatures of ambition, liberty, enterprise, reason, and sometimes, aggression (such as with the infamous Morgayne le Fae). Also, they were not property but had the right to choose to marry or to bear children as a result of the rituals of the Beltane festivals. In the heyday of the Kingdom of Camelot, halcyon days reigned or so the legend says. 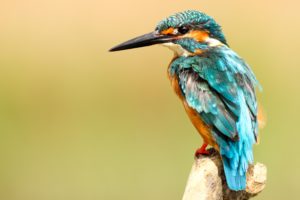 Even in our modern day, we refer back to “Camelot” as the ideal Kingdom with a golden King dispensing justice, loyalty, and honor, all backed by his chivalrous Knights of the Round Table. We need not look any further than the days of President John F. Kennedy to see how people relate his government with those ancient dream-like days, an exquisite time in history people long to return to. As in both cases, with Victorian England and with the Kingdom of Camelot, those halcyon days evaporated with the heat of war – the declaration from Germany against Britain in 1914, and the rage of Mordred against King Arthur. Death, blood, betrayal, pain, suffering, all instruments which forever removed those idyllic days. 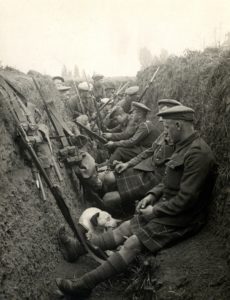 At the onset of the novel, the Penrys family are stuck in their day-to-day routine, sipping tea, peering out windows, reciting poetry… until their world is shattered by the announcement of the assassination of Archduke Ferdinand and his wife, Sophie, in Sarajevo. In quick haste, the girl’s father, Ian, leaves for the war, and their fragile mother teeters on the edge of losing her grip with reality. Vala is desperate to escape the shadow of war creeping across Britain and yet, she feels helpless. Her own odd fascination with the stories of Camelot develop into the realization that there is more to the stories than just myths, that somehow the strange dreams she has about the kingfisher bird, and the voices she hears near the rowan tree on their estate are connecting her family with the legend. She longs for the halcyon days before the war, and for the chivalrous days of King Arthur. Not only that, but like most Victorian girls of her class and age, she desires a handsome gentleman to sweep her off her feet.

The war changes many things, and the discovery that she is a time traveller gives her the idea that she is destined to bring back those halcyon days in the past, present, and for the future.

When Britain emerged from WW1, it was like looking through a glass darkly, a murky window covered with a film of dust. Everybody from the nobility to the poor dealt with some type of loss, with death, and with the utter shattering of the world they knew before. How does one go backwards from so much death on a world wide scale? Or even from a small personal scale? The horrendous images suffered by those in the actual battle, and the changes wrought upon the women at home forever etched upon their minds and hearts. 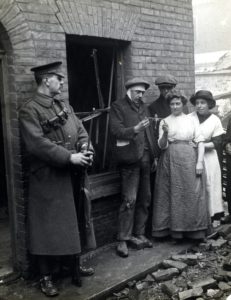 The world evolved, nevermore to see those halcyon days again. And yet, even to this day, we still remember, we still long for that dream, thus the reason for so many novels about those days of elegant parties, fancy ball gowns, men in silk cravats and top hats, or romantic knights on horseback, the showering apple blossoms carpeting the pathways to Avalon, and the sunlight peeking over Glastonbury Tor.

In Ovid’s Metamorphosis, the origin of the ‘halcyon days’ is the story of Alcyone and Ceyx of ancient Greece who were transformed into kingfishers by the Gods. For seven days in winter, no storms occur so that she might lay her eggs and make her nest on the beach. With the beat of her wings, she calms the waves and the wind so together they might nurture their young. The phrase has come to refer to a bright interval in the midst of adversity – days we all long for even in the COVID time we are living in today. 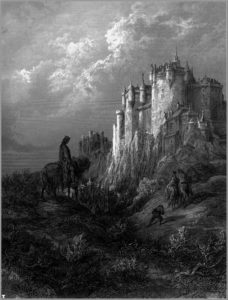 We can’t help it, we long for Camelot the same way Vala Penrys longs for it in “Kingfisher”. After all, if you had the power to go back and change history, to bring about those peaceful days, wouldn’t you risk everything to do it?

The past, future, and Excalibur lie in her hands.

Wales, 1914. Vala Penrys and her four sisters find solace in their spinster life by story-telling, escaping the chaos of war by dreaming of the romantic days of Camelot. When the war hits close to home, Vala finds love with Taliesin Wren, a mysterious young Welsh Lieutenant, who shows her another world within the tangled roots of a Rowan tree, known to the Druids as ‘the portal’.

One night she falls through, and suddenly she is Vivyane, Lady of the Lake – the Kingfisher – in a divided Britain clamoring for a High King. What begins as an innocent pastime becomes the ultimate quest for peace in two worlds full of secrets, and Vala finds herself torn between the love of her life and the salvation of not only her family but of Britain, itself.

“It is, at the heart of it, a love story – the love between a man and a woman, between a woman and her country, and between the characters and their fates – but its appeal goes far beyond romance. It is a tale of fate, of power, and, ultimately, of sacrifice for a greater good.” – Riana Everly, author of Teaching Eliza and Death of a Clergyman.

Available on #KindleUnlimited, or BUY IT HERE: Universal Link: https://amzn.to/3A94jzi 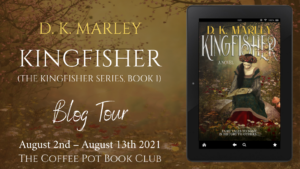