Building Blocks of Historical Fiction no 2 – Suspicion versus Suspense #HistFic 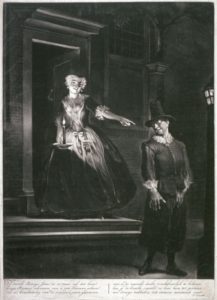 Often writers think that in order to convey mystery, or to keep the reader in suspense, they must withhold information. A typical example is that someone (mystery man) kills/kidnaps a mystery person on page one. In practice, this is just annoying. Much better is to give the maximum amount of detail. Name the character, give us a detailed description, tell us exactly who they are and who the other person is that they are interacting with. That way, we might actually care about the victim, and also care about the man who is perpetrating the crime.

Suspicion: What we don’t want is the reader to think, ‘Who are these people? What the heck is going on? And can I be bothered to find out? I’m suspicious as to whether this author is going to give me a good story.

Suspense: Instead we want them to think, ‘Mr Smith is an interesting character. I wonder why he hates Mrs Jones so much? What has Mrs Jones ever done to him to make him feel this way? If I read on I might find out. I trust this author to tell me everything I need to know for a satisfying story.

Tension is created in a reader when they’re not sure what will happen in a story — and the best way to make tension is to make it between characters of opposing personalities or goals. If your characters are unknown or ‘mysterious’ then instead of gaining tension, the tension is lost. A reader will also lose interest because lack of specificity conveys the idea that what they are reading does not matter to the author enough to give details, or that the author themselves does not know.

Cut the vagueness and mystery from your prose, but keep it in the specifics of your plot. Don’t use ambiguous sentences. Aim for specific concrete details that bring clarity and help the reader visualize your scene. And as historical fiction writers we have a wealth of detail that can be used which will anchor our story in its era. If you pay attention to these details, your reader will also pay attention. If it matters to you; it will matter to them.

Anything that is vague weakens your writing. Here is an example with as much vagueness as I can inject.

It was about an hour ago that Mr Greaves had gone away, so Miss Allcott was trying to open the door, but when she pulled the handle it seemed to be stuck. Maybe someone had locked it at some time after she came in. She thought she’d better look through the keyhole, but she couldn’t see anything because apparently the key was somehow still in the other side.

Now I’ve made it more specific:

After Mr Greaves had been gone an hour, Miss Allcott tried to open the door, but when she pulled the handle it was stuck. Someone must have locked it after she came in. She looked through the keyhole, but could see nothing, for the key was still in the other side.

The bare facts, nice and clean without the vagueness. But it lacks period detail.

With more period detail, including the emotions of the character:

The odious Mr Greaves had gone an hour ago, and in that time Miss Allcott had unpacked all her valises, put away her new bombazine riding habit, and was getting hungry. She reached out a lace-gloved hand to the doorknob, and pulled. The door creaked but did not budge, so she twisted the handle again and put both hands to the task, leaning back with the full weight of her five-foot two frame. She frowned. Someone must have locked it after she came in. She hitched up her tight-fitting skirt and bent down to peer into the keyhole. Dark, with a mere glimmer of light on metal. How dare he! The key was still in the lock.

The more specific the detail, the more interested we are in the event.

Did you ask more questions about the third version of events? Did you start to ask why? Did you want to edit it for me? The more specificity, the more curiosity in the reader. I encourage you to add to this fictional scene with more detail, and begin to make it come to life. What do you think might be going on? Do feel free to improvise!

So, make sure your reader is treated to suspense, rather than suspicion.