Cathie Dunn and I have both been working on books about poisoners, so it’s fab to have Cathie as a guest to give us an insight into one of the important objects in her new book, The Shadows of Versailles.

Thank you so much, Deborah, for inviting me to your lovely blog today. I’m so thrilled to be here.

My guest post has an intriguing theme. I shall tell you about an object that’s of quite some importance in The Shadows of Versailles, even though it only features once or twice. What could it possibly be? 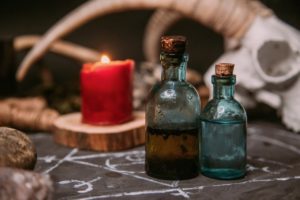 Let me tell you a little about the story first.

My new series of novels set in Paris and Versailles is set against the backdrop of the infamous Affair of the Poisons, an event that rocked the court of King Louis XIV. The Shadows of Versailles is the first in the series, and I’m currently working on the second, The Alchemist’s Daughter 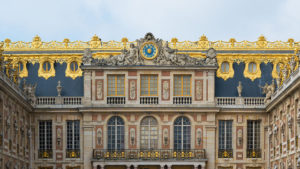 Set in the mid-1670s, The Shadows of Versailles tells the tale of a young woman, Fleur, who visits the imposing new palace of Versailles with her mother for the first time. Soon, she is dazzled by the glitter: the courtiers in their finery, the sensational entertainment, the sumptuous furnishings in the glamorous new rooms, and the beautiful grounds that reach beyond where the eye can see.

But when she falls pregnant after being seduced in the gardens of Versailles by handsome courtier Philippe, who promised her marriage, her life as she knew it comes to an end. After giving birth, her baby is whisked away by a priest with a dark reputation. She soon realizes that her son might have fallen victim to a sordid trade.

And whilst she herself is saved by Jacques, a spy for the chief of police, torn by her loss, she begins to plot her revenge on those who have wronged her

At that time, Paris was in the grip of the Affair of the Poisons. Following the execution of the Marquise de Brinvilliers, who was found guilty of murdering her father and brothers, on 17th July 1676, other cases of poisoning came to light. 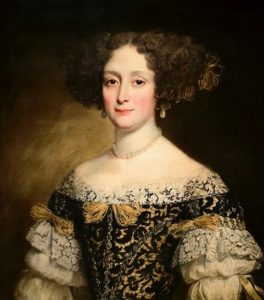 Across Paris, a robust network of fortune-tellers, midwives, alchemists, apothecaries and lawyers operated pretty much like modern-day organized crime. Supply and demand determined their actions. And demand was rising. Demand for poison!

No longer content with the harmless potions dished out by savvy fortune-tellers over decades, people now sought different ways to get what they wanted. Why would they wish to suffer a sick relative if they could easily dispose of them? Why stay in an unhappy marriage if you could sprinkle a little poison into your spouse’s food to be free to wed your lover (after a suitable – if brief – period of mourning, of course)? You could buy a small phial of the right stuff and send your competitors straight to hell. 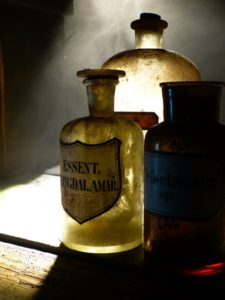 Paris under Louis XIV was a poor place. The king hated the city. Her inhabitants suffered from starvation, a lack of work, and a large number of war-wounded went around begging for scraps. Pickpockets weaved between the ‘better folk’ visiting markets, and nightly robberies were the norm. In short, it was a dangerous place to live.

Such was the situation in Paris that people talked almost openly about poisons. They were easy to obtain, though at a price, whether you were a courtier or an ordinary citizen.

Substances in liquid form or as crushed powders were sold in small glass phials, like those in an apothecary shop, from which the substance could be easily dispensed into food or drink or sprinkled over flowers or into clothing. A drop here, a dab of powder there, and your victim would never know until it was too late. Small enough to be hidden in the pockets or the folds of skirts. Small enough to be passed between persons without anyone noticing.

And talking of courtiers – a surprising number of them was deeply involved in this affair. Some had merely bought potions, harmless to life. But others were more interested in the darker side, in poisons, to rid themselves of the competition. For some, though, even that did not go far enough.

In this atmosphere of plots and intrigues, Fleur is introduced to the Duchess de Bouillon (who really existed), a lady at court with links to the poisoners (as had her sister, the Countess de Soissons, who is featured in the second book). The crafty duchess promises to help Fleur get her revenge, and introduces her to La Voisin, already famous for her ‘work’.

Yes, the object Fleur takes with her from La Voisin is a phial of poison!

Now, Fleur must decide whether to use it or not. She is racked by grief and desperation, an easy victim to fall into the traps of the plotting poisoners. A mere pawn in their game. The objects of her passionate hatred are Philippe, naturally, and her mother, who had agreed to have her son taken away.

Will Fleur follow her conscience and listen to sensible Jacques, and her true friends at Madame Claudette’s, or will she succumb to the seduction of revenge? 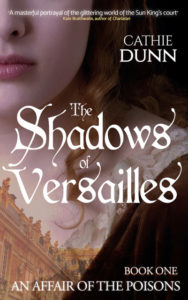 Find out in The Shadows of Versailles!

Thank you so much for hosting me today, Deborah. A phial of poison is an item so crucial in my story, whether Fleur decides to use its contents or not!

Cathie Dunn is an award-winning author of historical fiction, mystery, dual-timeline, and romance set in Scotland, England, and France. She has been praised for her authentic depiction of the past.

The Shadows of Versailles is her fifth published novel, and she is currently working on the sequel, The Alchemist’s Daughter, and a dual-timeline story set in 9th Century Normandy. After many years in Scotland, Cathie now lives in the south of France. She loves to hear from her readers.