A Matter of Conscience by Judith Arnopp #Review #CoffeePotBookClub #Tudor 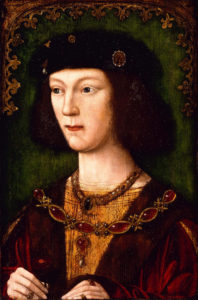 This was a bold move by Judith Arnopp to get inside the head of Henry VIII and tell the story of his reign from his point of view. And the Henry that she has created for us is utterly believable as we chart his journey from carefree younger brother to king. The relationships in this novel are strongly drawn, I particularly enjoyed Henry’s relationship with his sisters and how their childhood affection was strained by the effects of power. This Henry is a man who likes to sport and play ands finds the affairs of state tedious. He’d rather be playing tennis or out with his hawks. Yet his feeling that he wanted to be a good King, and his love for England the nation, are never diminished. He is handsome, vibrant, wins at everything effortlessly. Yet even though his brother is dead, Henry lives always under his shadow, always afraid he will never quite be good enough.

Judith Arnopp strikes exactly the right balance between story and history in this novel. There is plenty of real detail here; the manoeuvring of his advisors, the nation’s urgent need for a living heir, the tragedy of the death of his son. Henry himself has experienced at first hand what can happen if the eldest son dies. The fact that he has one disappointment after another soon sours his relationship with Catalina (Kate), the Aragon bride, the woman he was initially smitten with and coveted so much. As Henry begins to turn to arrogance we cannot help but feel for her, trapped in this marriage where she only has one function.

All in all, this is an excellent novel, pyschologically astute and well-researched, and I can’t wait to read the next in the series. 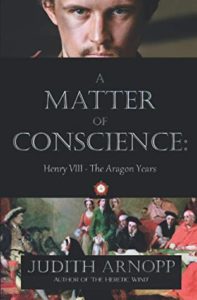 ‘A king must have sons: strong, healthy sons to rule after him.’

On the unexpected death of Arthur Tudor, Prince of Wales, his brother, Henry, becomes heir to the throne of England. The intensive education that follows offers Henry a model for future excellence; a model that he is doomed to fail.

On his accession, he chooses his brother’s widow, Catalina of Aragon, to be his queen. Together they plan to reinstate the glory of days of old and fill the royal nursery with boys.

But when their first-born son dies at just a few months old, and subsequent babies are born dead or perish in the womb, the king’s golden dreams are tarnished.

Christendom mocks the virile prince. Catalina’s fertile years are ending yet all he has is one useless living daughter, and a baseborn son.

He needs a solution but stubborn to the end, Catalina refuses to step aside.

As their relationship founders, his eye is caught by a woman newly arrived from the French court. Her name is Anne Boleyn.