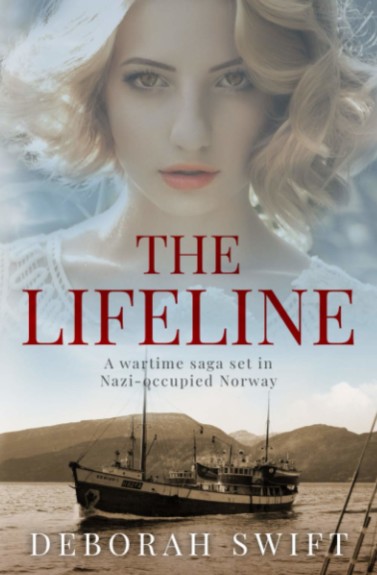 A thread of hope in dangerous times

Schoolteacher Astrid Dahl has always kept out of trouble. But when she is told to teach the fascist Nazi curriculum, she refuses and starts a teacher’s rebellion, persuading eight thousand teachers to go on strike. The Germans arrest her, and terrified of what punishment her trial might bring, she is forced to go into hiding.

She sets up an illegal school and there she befriends a young Jewish girl, Sara, and her father Isaak, who is on the run from deportation. But the Nazis are determined to find her, and when they close in, Astrid decides they must make a desperate bid for freedom by leaving Norway.

Meanwhile, Astrid’s boyfriend, Jørgen, has joined the Norwegian Resistance. When his cover is blown he escapes to Shetland where he is taken on as crew for the Shetland Bus; a dangerous clandestine operation of small fishing boats that supply arms and intelligence to war-torn Norway.

In Shetland, hearing Astrid is in trouble, Jørgen sets off through enemy waters to meet her. Each have only three days to make the rendezvous on the coast of Norway and must use all their courage and resources to get there.

But the Nazis have a spy on Shetland, and have been tipped off about the Shetland Bus.

With the Nazis in pursuit from both directions, will Astrid and Jørgen be able to make it in time?