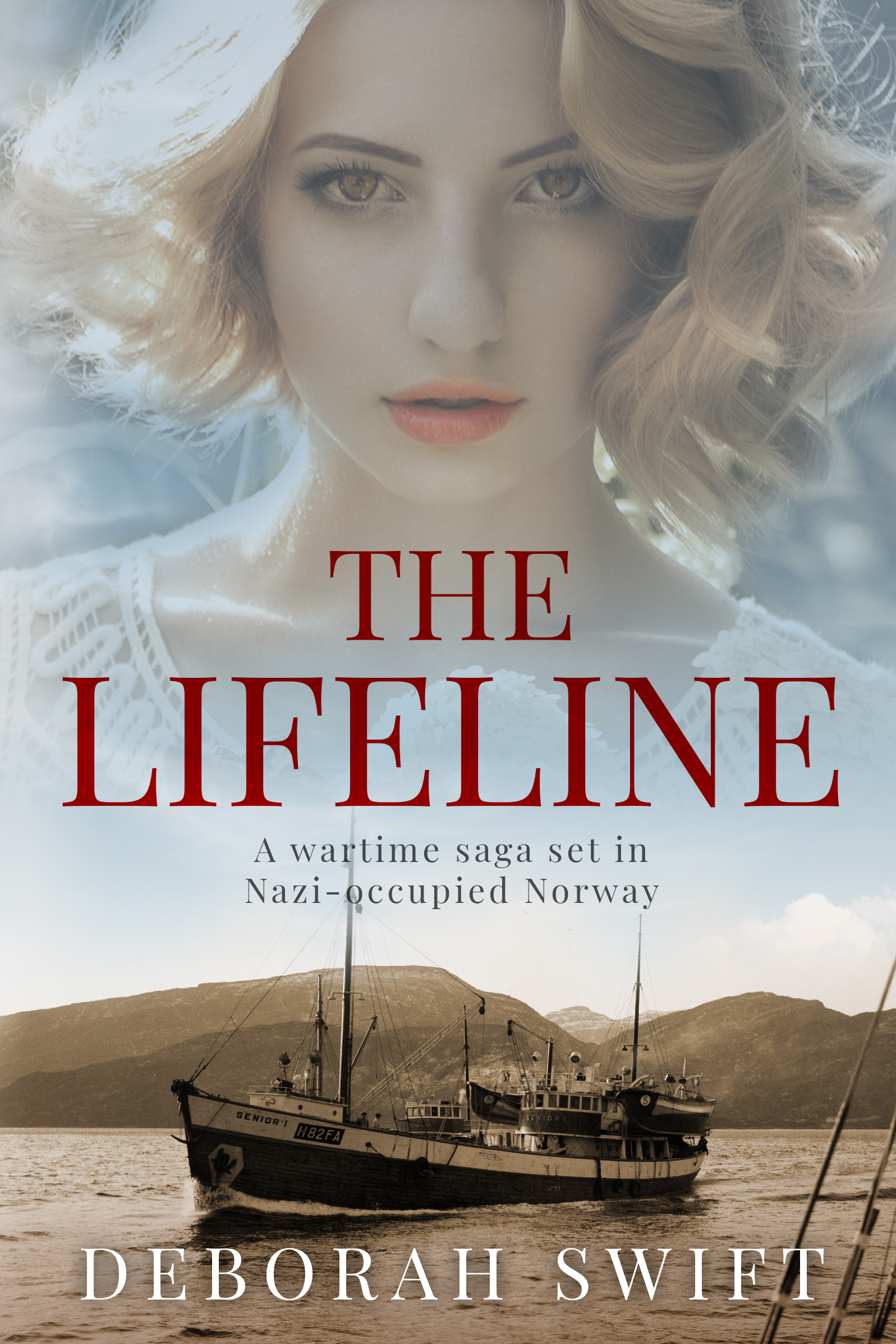 My new novel, The Lifeline is now ready to pre-order, and is the third in my series of WW2 books. I became interested in it because I discovered a book about The Shetland Bus in a second-hand bookshop when I was browsing the WW2 shelves.

I had never heard of The Shetland Bus, but started to research, and find out more about the brave Norwegians who helped their country by supplying the Resistance with arms and intelligence from Scotland.

You can find out more about The Shetland Bus here at the Scalloway Museum There is a video and a documentary on their website which explains how the men who operated these small fishing boats between Shetland and Norway were recruited and trained, and about the dangers they faced. Enemy fire, mountainous seas, dark cold winters with below freezing temperatures – all in a night’s work for these courageous men who were a vital part of Norway’s resistance against the Nazis.

As the story developed I realised that I wanted to include a male point of view character, as I had in my previous WW2 books. My main male character in The Lifeline is Jorgen Nystrom, a Norwegian wireless operator trained in Scotland. He becomes involved with the Shetland Bus missions, and eventually must set off to rescue his girlfriend, Astrid, from Norway.

Other male chracters I enjoyed writing were Isaak Feinberg, a German Jew who came to Norway to escape the Nazis, but now finds himself trapped by them once more. And finally, Karl Brevik, a Norwegian agent for the Nazis.

Karl Brevik was interesting to write because he’s a mercenary – a man with a shifting moral compass, who has learnt how to win through competitive ski-ing, and to him, winning and survival is all that matters, and at any cost. He’s a man easy to admire, but hard to understand.

Writing an untrustworthy character relies a lot on the use of body language. What Karl says, and what he is thinking are often at odds with each other, so his true intentions need to be conveyed in a way other than words. The fact he makes others uncomfortable, for reasons they can’t articulate, also helped me to make him more believable.

People lacking any moral compass are also hard to empathize with, but I did want readers to empathize with Karl, and for him to form some kind of friendship that would have value for him. For me, writing WW2 fiction is all about exploring moral boundaries, on both sides.

My female characters are Astrid, a teacher who resists teaching the Nazi curriculum, and is persecuted for it, and Morag, a secretary working for the Special Operations Executive in Shetland.

The Lifeline will be published by Sapere Books on 5th January 2021. but is available now at a special pre-order price.