I’m thrilled to welcome Liz Harris to my blog today to enlighten us about crosswords. Over to Liz!

If you heard someone claim that in their relationship that they’d never had a cross word, you’d raise your eyebrows in disbelief. ‘Pull the other one!’ you’d exclaim. At least, I would. And had ‘cross’ and ‘word’ been joined together, your response might still have been the same.

A lover of cryptic crosswords, I’d rather assumed that there’d never been a time when newspapers hadn’t included a crossword. But I was wrong. The first known published crossword that shared features with crosswords today, appeared in a Sunday newspaper, the New York World, in December 1913.

I discovered this when planning a verbal exchange between Charles Linford and his wife, Sarah, characters in The Flame Within, a novel set in the 1920s. I saw bored banker Charles as the sort of man who’d do a crossword when hidden away in his office. Before writing their exchange, I thought I ought to check that The Times, the newspaper I wanted Charles to be reading, did indeed have a crossword. To my surprise, it didn’t. Curious, I found myself looking back into the development of the crossword.

The word-cross, as it was then called, which first appeared in New York World, had been created by one of their journalists, Arthur Wynne, who’d been born in Liverpool. Wynne’s word-cross was published in the newspaper’s eight-page ‘Fun’ section as a mental exercise. An illustrator later reversed ‘word-cross’, which became ‘cross-word’.

The diamond shape being eye-catching, and the clues easy, it was an instant hit with readers, and what seems to have been intended for children or as a light bit of fun, gradually developed into a serious adult pastime. Within ten years, most American newspapers included a crossword.

The first puzzles didn’t have any internal black squares, but as they became more popular, they developed the form with which we’re familiar – a grid made up of black and white squares, with all the white squares appearing in horizontal rows or vertical columns, but not always separated with black squares. 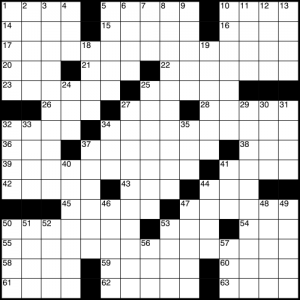 Anyone who’s done an American crossword knows that they’re different in style from crosswords in the UK. In the US, every letter is part of both an ‘across’ word and a ‘down’ word, and there are usually at least three letters in every answer. Shaded squares form about one-sixth of the total. Whereas, on average a traditional crossword grid in the UK has about 25% of shaded squares, and half the letters in an answer are unchecked.

So when did crosswords reach the UK?

Forms of crosswords had existed in Britain in the 19th century. These were derived from the word square – a group of words arranged with the letters reading both vertically and horizontally – and they were printed in children’s puzzle books and periodicals. There are differences of opinion about the exact date of the first appearance in a newspaper of a crossword as we know it, but there was certainly one in Pearson’s Magazine in February 1922, in the Sunday Express in November 1924, and in The Times in February 1930. The word ‘crossword’ first appeared in the Oxford English Dictionary in 1933.

A Love of Crosswords

Some years ago, I was introduced to Colin Dexter at a party given by the Oxford Writers’ Group. During our conversation, much of which focused on The Archers, we found that we both loved cryptic crosswords. A few days later, Colin gave me a book he’d written, Cracking Cryptic Crosswords, and he gave a talk at the Waterstones Oxford launch of my debut novel, The Road Back.

My favourite cryptic crosswords are those in the Daily Telegraph, but rather than buy the newspaper, I buy their books of cryptic crosswords. The first book of crossword puzzles was published by Simon & Schuster in 1924, following a suggestion from co-founder Richard Simon’s aunt. Initially sceptical about the book, Simon printed only a small run at first, promoting the book by attaching a pencil to it. To his amazement, it was an instant hit. 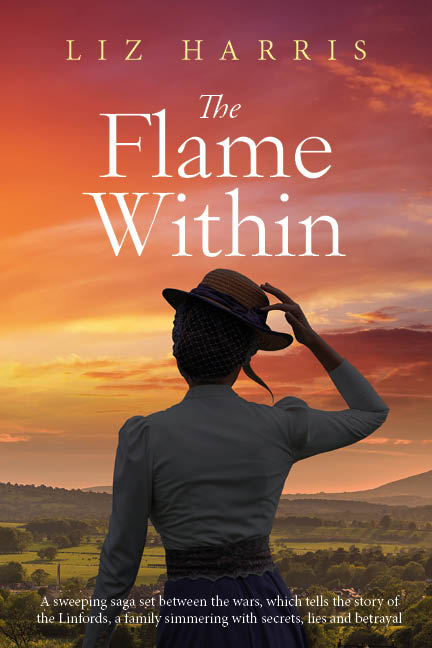 I was determined to use what I’d found out about crossword puzzles in the body of The Flame Within, and this is how I used it. Sarah Linford is nagging her husband, Charles, over his lack of ambition, as she habitually did at breakfast:

‘That’s you all over, Charles—anything for an easy life.’ Sarah spread a thick layer of butter on her toast, her movements brusque. ‘Reading the Daily Express says it all,’ she added, nodding towards his newspaper. ‘Most people in your position would read The Daily Telegraph or The Times. On second thoughts, not The Times. I dislike the way they were all in favour of the war, and also their comment three months ago that Jewish people were the world’s greatest danger. That was quite appalling. No, The Daily Telegraph should be the paper of choice for someone like you.’

‘But it doesn’t have a crossword, does it? Whoever came up with the idea of a crossword in a newspaper is a genius. By having the Daily Express, when I’m bored in the day, all I have to do is take out my paper and do the crossword.’

‘Ah, but if you read The Daily Telegraph, you might see an advertisement for a job that would actually challenge you, and interest you, so there’d be no need to kill time with a crossword.’ 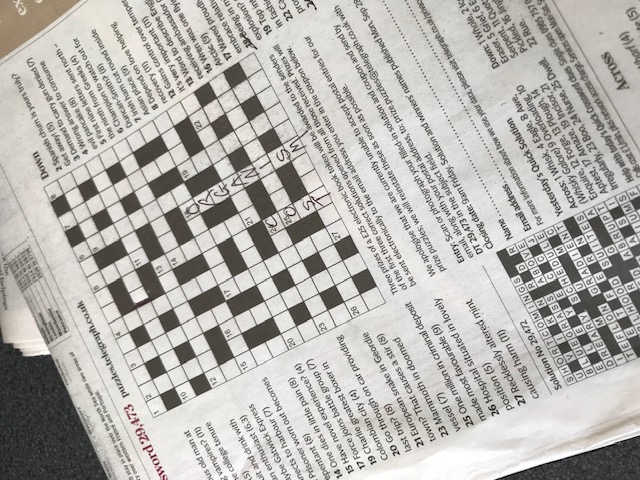 Liz’s just started crossword is above. Hope she solved it all!

About The Flame Within

Alice Linford stands on the pavement and stares up at the large Victorian house set back from the road—the house that is to be her new home.

But it isn’t her house. It belongs to someone else—to a Mrs Violet Osborne. A woman who was no more than a name at the end of an advertisement for a companion that had caught her eye three weeks earlier.

More precisely, it wasn’t Mrs Osborne’s name that had caught her eye—it was seeing that Mrs Osborne lived in Belsize Park, a short distance only from Kentish Town. Kentish Town, the place where Alice had lived when she’d been Mrs Thomas Linford.

Thomas Linford—the man she still loves, but through her own stupidity, has lost. The man for whom she’s left the small Lancashire town in which she was born to come down to London again. The man she’s determined to fight for.