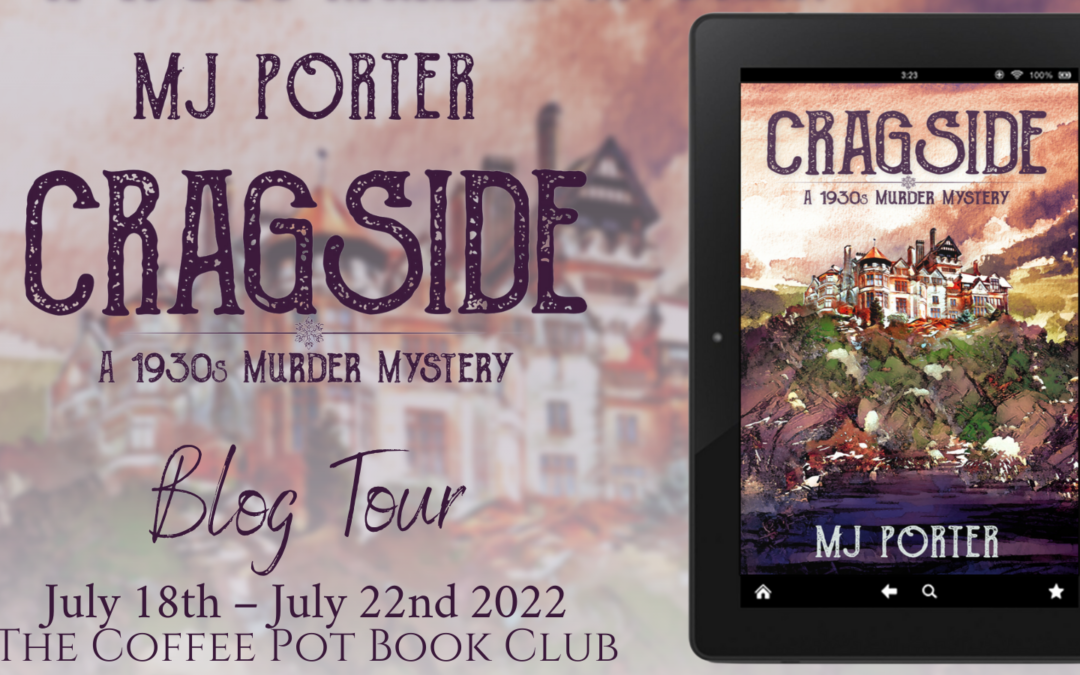 Dive into this 1930’s Murder Mystery!

The following day – Lady Merryweather is now assisting Detective Inspector Aldcroft, and together they examine the scene of the murder

I step outside. The rain has finally stopped, the drip of water pooling from the roof, a reminder of just how fierce the storm has been. The sky’s a watery blue, soft clouds scudding overhead, and I huddle inside my good coat. I’ve managed to find my boots and so my feet are warm as I find myself on the very spot where Mr Harrington-Featherington had been found dead the evening before.

I’m not alone. Detective Inspector Aldcroft accompanies me. We don’t speak. It feels as though we’ve spoken a great deal, late into the evening yesterday. I’d retired to a warm bed, and slept well. I don’t think Aldcroft has been so lucky. He yawns, stifling it behind his hand, and I pretend not to see. The poor man. He must be exhausted, and now that he isn’t apprehending me on the say so of these horrible people I once thought of as friends, I almost like him.

He’s been led a merry dance by the inhabitants of the house yesterday. He’s made arrests but none of them are the killer of Mr Norman Harrington-Featherington or Lady Beatrice Carver. Or so it appears. Still, Lady Gwendoline Sunderland has been kept at Rothbury police station, and under police guard. She’s certainly not what she seems.

Despite the deluge of the night before, it’s easy to see the spot where the body was found. A dark stain mars the grey stone. It’s only a fraction of what must have bled from the man, but it’s enough to see it, and to know that someone died here.

Belatedly, I notice that Aldcroft has turned, and is gazing back at the doorway out of which we’ve just walked. Last night, I’d used the main door, as had the police officers. This area had been marked as out of bounds while Aldcroft orchestrated a thorough search, despite the heavy rainfall and the darkness. He’d hoped, he told me last night, that the weapon might be found, or some other tell-tale sign, but there had been nothing. If the murderer had left something behind, then the wind had blown it clear, or the rain had sent it spiralling down the hill to the river below us. It was probably winding it’s merry way down the stream, if it had ever existed in the first place.

I shuddered at the thought of the basin tank, where Lady Carver’s body had been found. It would be fuller than normal as well.

“I can’t see that anyone could have made their way out here, and not been seen.” Detective Inspector Aldcroft face is lined in confusion.

“The library, and the study both look out on this spot, as does the garden alcove.” I confirm.

“And the guests have made it clear that there were people in the library at the time. It would have been a terrible risk to take,” he further muses, as though I’ve not spoken.

“The actions of someone desperate.” I’m fast becoming convinced that while Lady Carver’s death might have been planned well in advance, that of Mr Harrington-Featherington’s has been opportunistic. Aldcroft has agreed with me when I’d mentioned it during our interview yesterday evening. While the remainder of the guests had been allowed into the drawing room following our dinner, they’d been watched by one of the police sergeants, essentially to ensure they weren’t attacked but really to make sure none of them could try and kill anyone else, or tamper with any evidence they might have left somewhere, if they had been the killer.

“He was definitely killed here?” I ask, just to be certain.

“He must have been. The amount of blood. I can’t see that anyone could have killed him elsewhere and dragged his body here without being noticed. Yes, it was going dark, by the time we believe he was killed, but not enough to entirely mask what was happening.”

“So the police surgeon is convinced the murder took place at dusk? At what 4pm?”

“Yes, based on what evidence he found, he is. Admittedly, it was a cold day so it’s difficult to tell.”

I walk to the edge of the rockery. From here, I can just glimpse the formal garden and greenhouses on the opposite bank of the burn.

“Surely, it would have been easier to push him over?” The fall’s huge, and almost sheer. There’s a path that winds down to the river, but it’s treacherous. I’ve made the trek many times on previous visits to the estate, but it isn’t for the faint of heart. It’s impossible to admire the view. It’s lethal to not watch your own feet.

Aldcroft stands beside me, peering down, his expression inscrutable, as he ponders my words.

“It would have made it more difficult to find the body, that’s a certainty. Yes, we’d have known he was missing, but whether he was actually dead or not would have been a mystery. Not until we found him at some point in the future. It would have meant you’d have to have been considered a suspect.” While he speaks with consideration, the words sting.

“Then I’ll be grateful for the mistake,” I try to jest, but my voice sounds edgy, even to my ears.

We’re not alone. There are two constables searching through the shrubs and plants, and in the cracks between the hard-packed earth and the grey stones. They pretend not to listen, but I’m sure they hear everything. It’s that sort of day, when sound travels in strange ways; the calm after the storm. I imagine those inside the huge house, with its mock Tudor design, are listening closely as well, especially the actual murderer or murderers. I’m yet to be unconvinced that there were two, or more of them, involved in what’s happened in such a peaceful location. 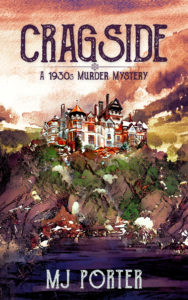 More about the book

Lady Merryweather has had a shocking year. Apprehended for the murder of her husband the year before, and only recently released, she hopes a trip away from London will allow her to grieve. The isolated, but much loved, Cragside Estate in North Northumberland, home of her friends, Lord and Lady Bradbury, holds special memories for her. But, no sooner has she arrived than the body of one of the guests is found on the estate, and suspicion immediately turns on her. Perhaps, there are no friendships to be found here, after all.

Released, due to a lack of evidence, Lady Ella returns to Cragside only to discover a second murder has taken place in her absence, and one she can’t possibly have committed. Quickly realising that these new murders must be related to that of her beloved husband, Lady Merryweather sets out to solve the crime, once and for all. But there are many who don’t want her to succeed, and as the number of murder victims increases, the possibility that she might well be the next victim, can’t be ignored. Journey to the 1930s Cragside Estate, to a period house-party where no one is truly safe, and the estate is just as deadly as the people.

MJ Porter is the author of many historical novels set predominantly in Seventh to Eleventh-Century England, as well as three twentieth-century mysteries. Raised in the shadow of a building that was believed to house the bones of long-dead Kings of Mercia, meant that the author’s writing destiny was set.
Find M J here:
Website: https://www.mjporterauthor.com/
Blog: https://mjporterauthor.blog/
Twitter: https://twitter.com/coloursofunison